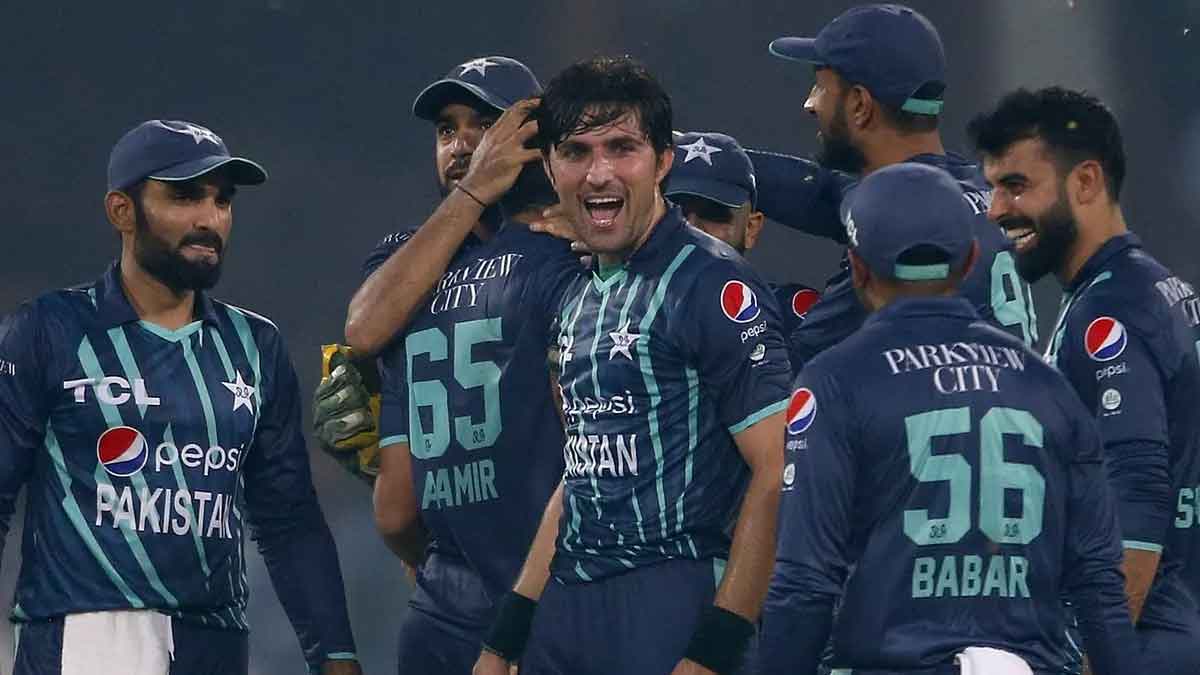 In a thrilling match, debutant Aamir Jamal drove Pakistan to a six-run victory over England, giving the hosts a 3-2 advantage in the seven-match T20I series.

Pakistan were out for 145 in 19 overs at Lahore, and England, despite Moeen Ali’s half-century off 35 balls, came up just short. Meanwhile, Mark Wood (3-20) was the leading English bowler.

From Pakistani side, on his very second delivery of his career, Jamal took his first ever international wicket, and despite being under tremendous pressure, the youngster-maintained composure to lead Pakistan to a nail-biting victory.

With half of Pakistan’s top six eliminated by Wood’s relentless pace, England was in control in the fifth T20I. The top Pakistani batter Babar Azam (9), Haider Ali (4), and Asif Ali (5) failed to reach the double digits.

Read more: England Cricket team in Pakistan for the historic tour after 17 years

Mohammad Rizwan the in form batter scored 63 from 46, his fourth half-century in this series, but the total was restricted by David Willey (2-23) and Sam Curran (2-23).

The set target 146 was more-than-achievable for England, but the first opener, Alex Hales, only managed one run off five balls, and shortly after, Phil Salt (3), another opener, pulled a short ball right into Rauf’s hands.

As England chased boundaries with Woakes (10) right behind him, Curran (17) chopped Jamal’s second delivery to Wasim, but Moeen kept his team moving forward.

England needed 15 from the final six balls and would have forced a super over only if David Willey cleared the boundary off the final ball, but youngster Jamal maintained his composure and secured the victory.