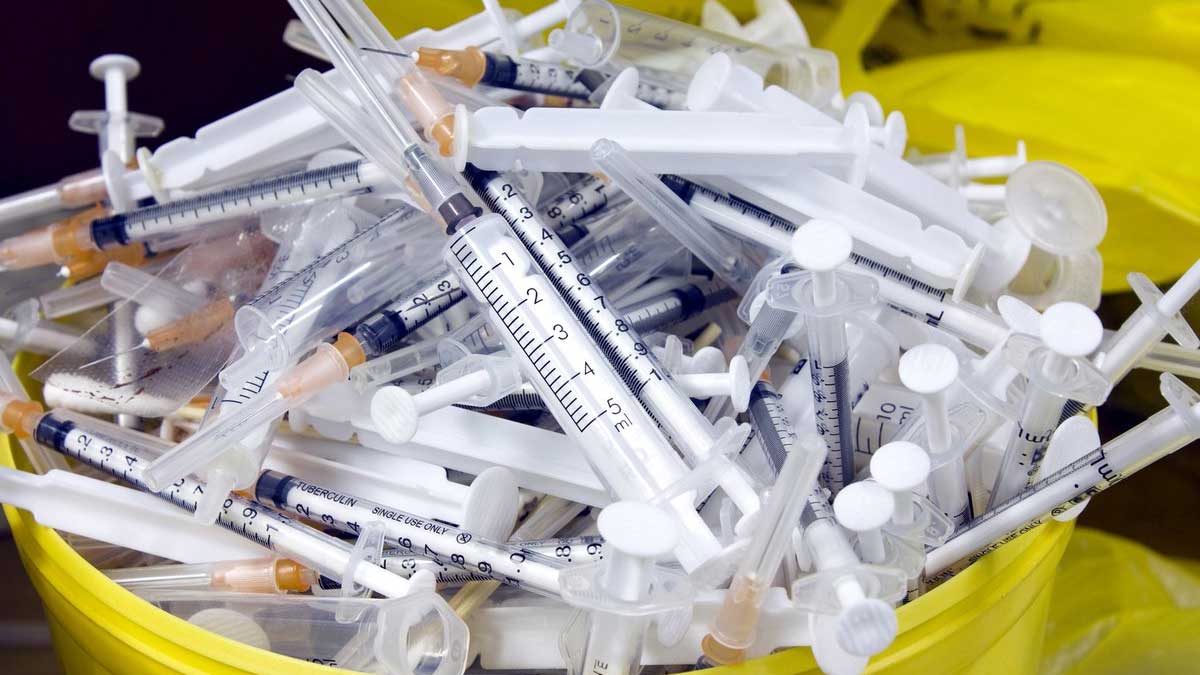 On Wednesday, the Ministry of National Health Services (NHS) announced that the conventional disposable syringes have completely been banned after the HIV outbreak in Larkana in 2019. Moreover, the human immunodeficiency virus (HIV) infections are spreading rapidly in Pakistan as around 25,000 people in the country contracted the virus in 2020.

Read more: Experts concerned about an increase in HIV cases in Ratodero

In May 2019, a sudden outbreak of HIV was noticed in Larkana (Ratodero). As over a thousand persons, including children, were found positive, the government of Pakistan requested the World Health Organisation (WHO) to investigate the matter.

Afterwards, a WHO-led team reached Pakistan to check the outbreak and provided technical expertise, mainly in the areas of HIV testing, paediatric HIV treatment and family counselling and ensure adequate supplies of rapid diagnostic tests and antiretroviral medicines for adults as well as children along with the single-use needles and disposable syringes.

“A decision has been made to take a number of other steps to ensure that the disease would not spread. From next year, auto-destructible syringes will be used across the country due to which that issue would be addressed. Safe blood transfusion is being ensured. We will also introduce infection prevention programme in hospitals,” he had announced.