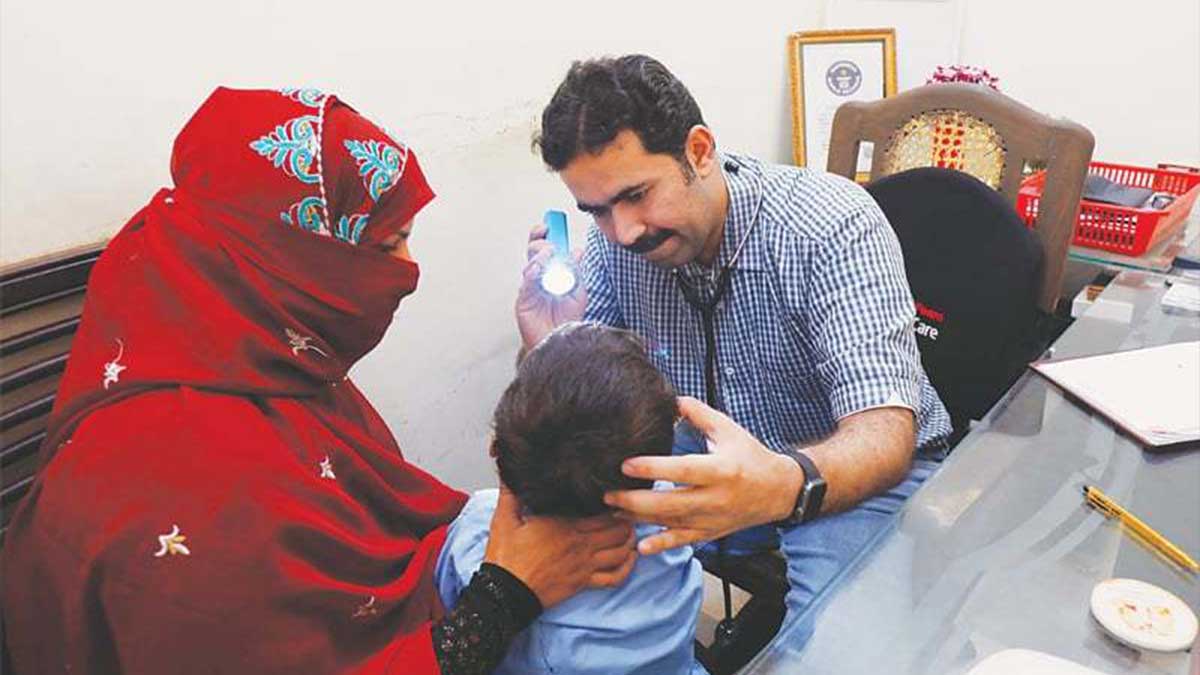 Regardless of numerous interventions, the HIV outbreak continued the suffering of the affected community in Larkana’s Ratodero taluka. At least 52 HIV infected children embraced death in two years. Weak regulatory controls over the reuse of syringes and quacks also resulting in new cases among both adults and children.

These crucial points were highlighted by local and foreign experts at a seminar conducted in connection with the launch of a special JPMA (Journal of Pakistan Medical Association) supplement on the HIV outbreak in Ratodero at a hotel.

Read more: 46,912 HIV patients are registered for treatment in Pakistan

Bridge Consultants Foundation (BCF), a non-profit organization organized the seminar with the aim to device a community engagement programme in Ratodero with the assistance of UNICEF.

Moreover, gathering facts and figures from Garhi Khairo, he revealed that the taluka had only two competent doctors while the rest were quacks. “This to an extent explains the spread of blood-borne diseases there. Malpractices such as misuse of syringes in the informal sector are rampant.”

Meanwhile, Dr. Faisal Sultan, Special Assistant to the Prime Minister on National Health Services informed about the challenges in healthcare delivery, he said the Covid-19 incident showed the importance of the centrality of decision making in this sector.

He claimed that the government is striving hard to finish reused syringes and encourage auto-disable syringes. In addition, subsidy for HIV, malaria programmes had been approved by direct discussion with the finance department.