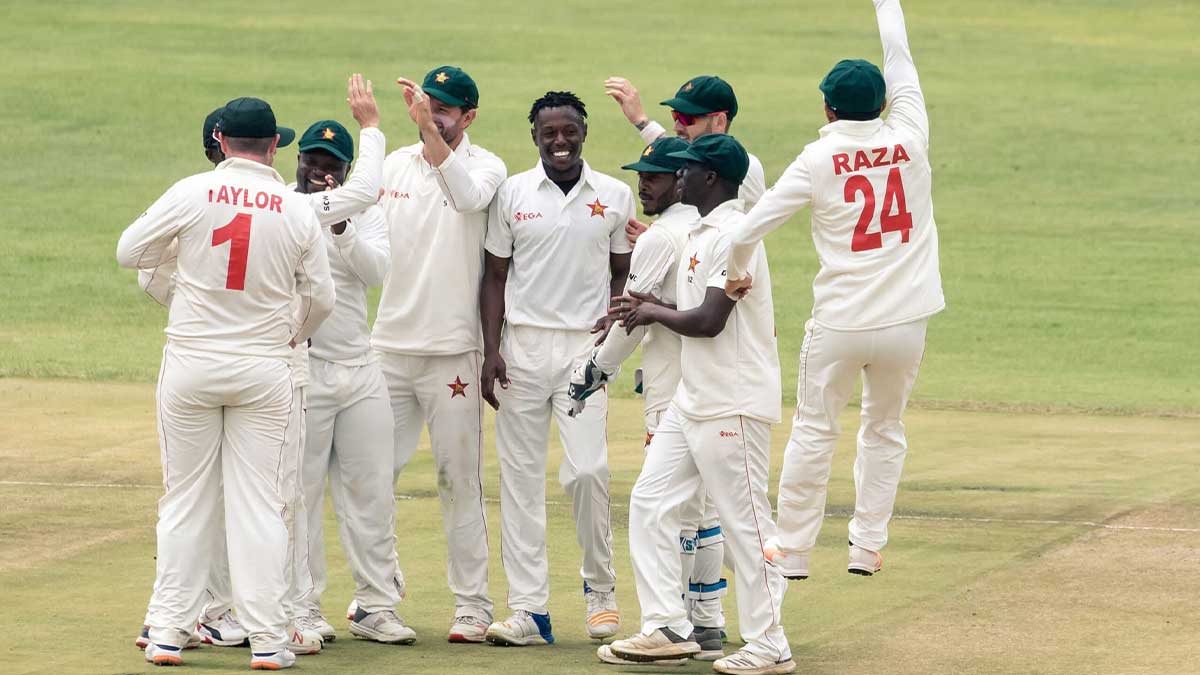 Zimbabwe has taken a risk by picking five uncapped players for the two-match Test series against Pakistan, which begins on Thursday.

Luke Jongwe, Richard Ngarava, Roy Kaia, Milton Shumba, and Tanaka Chivanga have all been included in the 16-player Test match squad for the Pakistan series, according to the International Cricket Council.

Jongwe was able to earn a spot in the squad after impressing the selectors with his success in the recently concluded T20I series with Pakistan, where he took the most wickets. Throughout the three-match series, Jongwe had taken nine wickets.

Brendan Taylor has been summoned to the Zimbabwe team after skipping the last Test series against Afghanistan in the United Arab Emirates due to illness. His inclusion in the squad would give Zimbabwe a boost.

He has played in 31 Test matches and has six centuries and 11 centuries in 199 One-Day Internationals.

Craig Ervine and Wesley Madhevere will miss the match due to injury; Ervine is out with a calf injury, while Madhevere, who scored a half-century in the final T20I, is out with a hamstring injury.

Sikandar Raza, a Pakistan-born Zimbabwe cricketer, will also miss the Test series due to treatment for a bone marrow infection.

The first Test between the two teams will take place in Harare on Thursday, April 29.