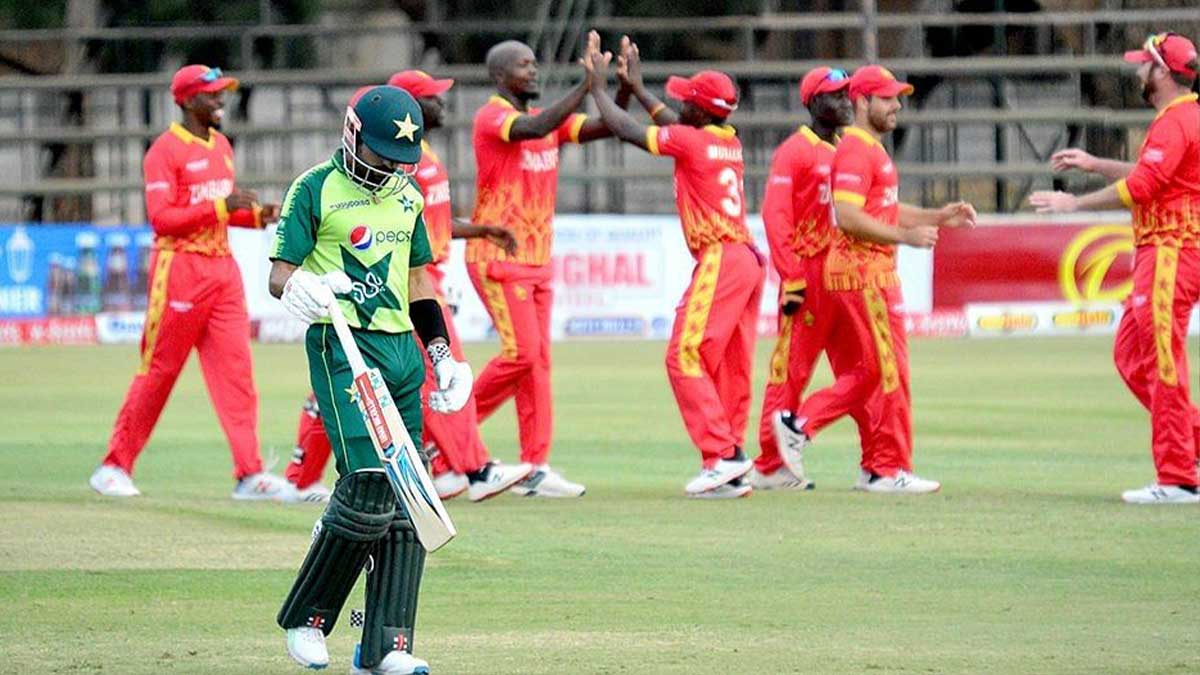 Zimbabwe has made history by defeating Pakistan by 20 runs in the second T20I of the three-match series played at Harare Sports Club.

For the first time in T20 format, Zimbabwe has defeated Pakistan. The series is now tied 1-1, with the final match scheduled for April 25.

Zimbabwe didn’t get off to a good start earlier after Green Shirts captain Babar Azam chose to field first. They scored just 25 runs on the powerplay and lost captain Brendon Taylor for just five runs.

Tinashe Kamunhukamwe and Tadiwanashe Marumani scored 28 runs for the second wicket. Following that, the hosts began to lose wickets at regular intervals.

Pakistan, like Zimbabwe, struggled to get off to a good start in the powerplay, losing their star performer Mohammad Rizwan (13) in the sixth over.

Following Rizwan’s dismissal, Fakhar Zaman (2) was the next to go after attempting a lofted shot that went straight into the fielder’s hands.

The green shirts had high hopes for skipper Babar, who batted throughout and stabilised one end, but he lost his wicket when going for a big shot as the run rate continued to climb. With the aid of five boundaries, he scored 41 off 45 balls.

Pakistan had put their hopes on Danish Aziz, an up-and-coming middle-order batsman, to deliver a victory, but he was unable to do so until the very end. The 25-year-old has a strike rate of 22 out of 24 balls.

The wickets continued to fall until the end, with no other batter able to dominate the Zimbabwe bowlers. In 19.5 overs, the Green Shirts were bowled out for 99 runs. Luke Jognwe took four wickets for 18 runs, while Ryan Burl took 2/21 in four overs for Zimbabwe.