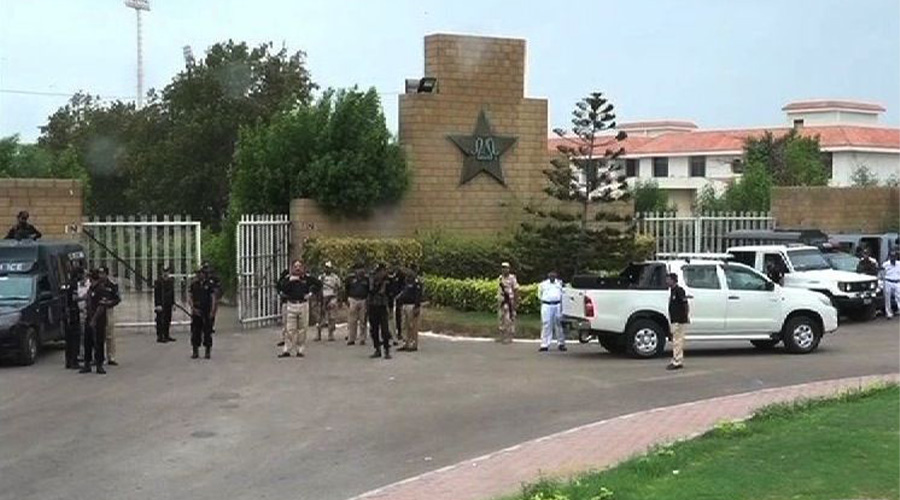 A revised traffic plan has been issued by Karachi Traffic Police for the first Pak vs SA Test match scheduled to be played at the National Stadium Karachi between South Africa and Pakistan from 26-30 January.

According to the updated traffic plan released on Saturday, several roads leading to the stadium will remain open for small traffic throughout the Test match.

Here are the details

No vehicle will be allowed to enter the Stadium Road from the Liaquatabad track via Hassan Square and University Road, which goes towards Sir Shah Suleman Road.

Traffic will be redirected towards University Road from the flyover. In the same way, during the match, the National Stadium flyover will remain closed to all traffic.

On Habib Ibrahim Rehmatullah Road towards the stadium, all kinds of small vehicles will be allowed to enter. However, it will not be allowed for heavy/public transport.

For small vehicles from the Millennium to the stadium signal, Dalmia Road will remain open. It will not be allowed for heavy/public transport.

The University Road passing to the stadium signal will remain open for small vehicles. It will not be allowed for heavy/public transport.

Meanwhile, it is not permitted for all types of heavy traffic to proceed from Sohrab Goth to NIPA, Liaquatabad No 10 to Hassan Square, PP Chowrangi to University Road during the match.