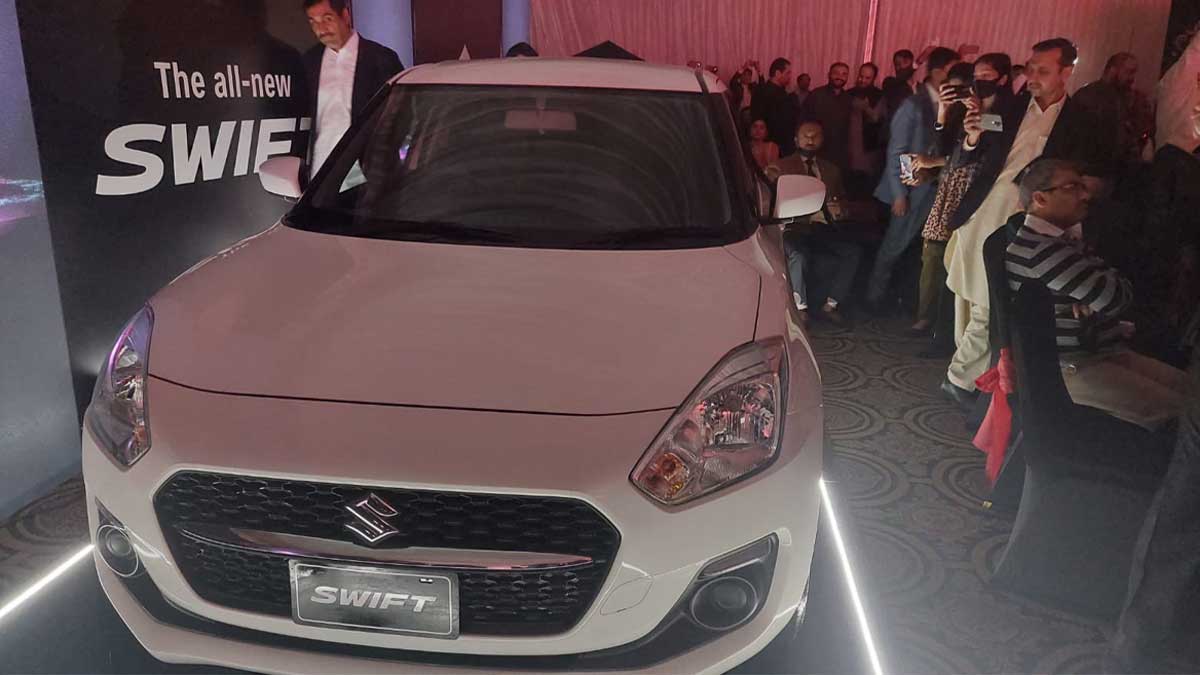 Pak Suzuki Motor Company (PSMC) has finally launched the third generation Suzuki Swift after 11 years of introducing it in the country.

The company held the launch event of the new Suzuki Swift 2022 in Lahore, where the variants as well as price of the vehicle was revealed by the company.

The new Swift is one of the most eagerly awaited new models, and it is predicted to be a big seller in Pakistan. It’s a subcompact hatchback that’ll battle with the Proton Saga, Honda City, Changan Alsvin, and other vehicles sitting in this category.

Meanwhile, Suzuki mini motors teased the introduction in a short film with the messages “It’s time to change” and “Temptation comes alive.”

The top-of-the-line model is expected to have halogen projector headlights, LED fog lights, and alloy wheels, according to experts.

According to sources, Suzuki will introduce a new model in Pakistan with a K12C (1250cc) Dualjet inline-4 engine paired to a 5-speed manual or CVT transmission.

Another Swift type with a 1000cc turbo engine is available on the worldwide market, but it is unlikely to be available in Pakistan.

During the launch, official information on trim levels, specifications, and the pricing were given. The prices of all three variants of Suzuki Swift are as follows:

According to sources, Pak Suzuki will begin taking reservations for the new model on February 25th.