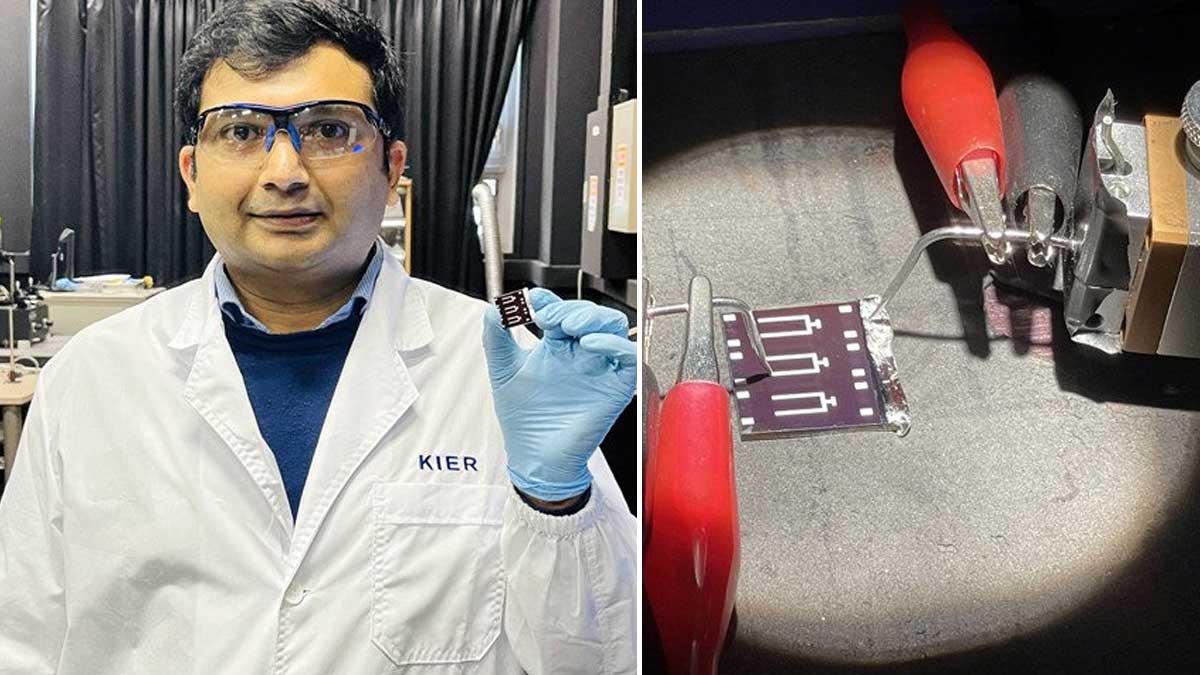 A Pakistani scientist along with his team has developed an auspicious solar cell technology leading to two new world records of competence in the lab.

The approach could be helpful to foster clean energy initiatives to battle the global warming issue. Dr. Yasir Siddique is a Ph.D. scholar at the Korea Institute of Energy Research (KIER) and the University of Science and Technology (UST), Daejeon, South Korea. Through his utmost efforts, he has designed and fabricated solution-processed Copper Indium Sulphu Selenide (CISSe) solar cells.

The firm solution-processed, low bandgap CISSe device flawlessly operates as a single cell, while it could also be sandwiched with other thin-film solar cell materials with appropriate bandgap as top cell-like recently emerging solar cell technology of Perovskite in tandem solar cell configuration.

The bandgap is the quantity of energy required to discharge the electron from any semiconductor; the lower the bandgap the more it generates electricity.

Sun is the primary source of light and heat for our planet, but sunlight on any solar cell is mostly reflected or passed through the structure and only a few percent of energy is converted directly from sunlight into electricity. Yet, Siddique’s cell falls in the evolving trend of Tandem solar technology and is currently most effective in its category.

Besides, Siddique also developed a magic ingredient to create the device more steady and it was a molecular ink.

“We successfully eradicated the need for Nitrogen and carved the cell in an open [ambient] air environment. The CISSe based thin film was made possible due to the addition of N, N-dimethylformamide (DMF) based molecular ink which has the ability to make highly stable complexes with Thiourea and metal chlorides,” Siddique added.

He also said, “We have analyzed our new record holder solar cell for the past one year and it is working on the same efficiency perfectly.”