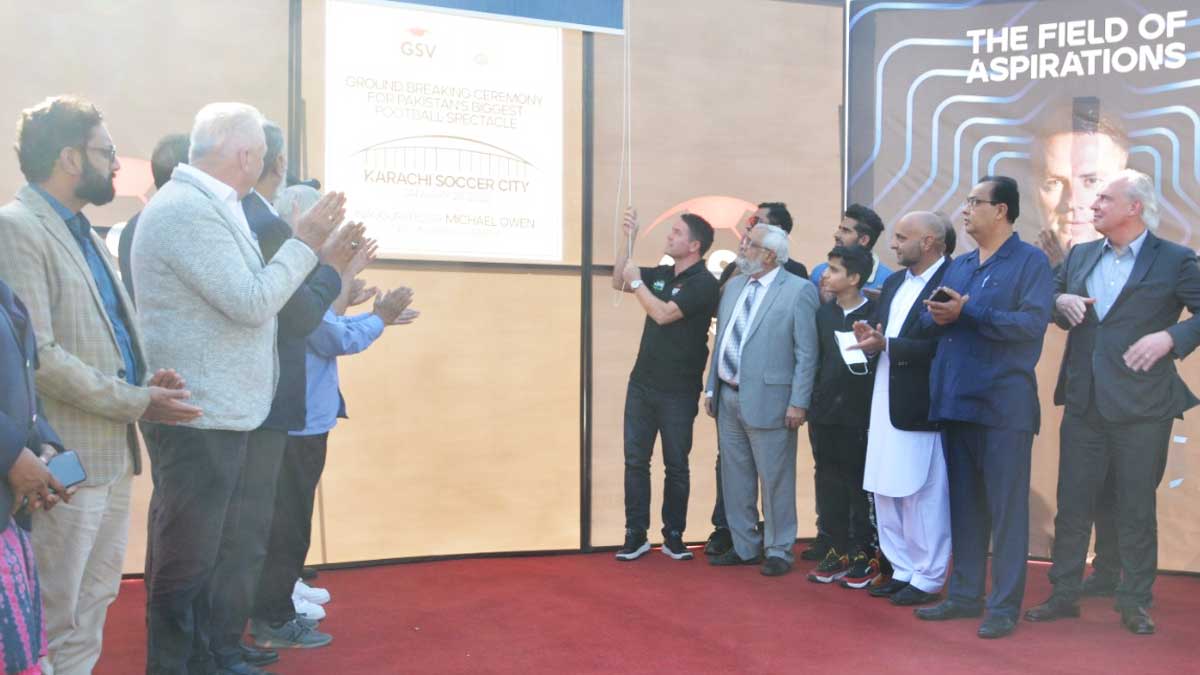 Michael Owen, a legendary England footballer, has laid the foundation of a football stadium on Wednesday at a university in Karachi. The footballer was on a three-day visit to Pakistan to promote football in the country.

A large crowd of students, teachers, and football fans attended the ceremony at the NED University of Engineering and Technology.

The ground, according to a statement from the university, will be built in accordance with the infrastructure standards of the European Football Association.

The former striker took part in a variety of football-related events as well as meetings with important figures such as Prime Minister Imran Khan and Army Chief General Qamar Bajwa. President Dr. Arif Alvi also hosted a dinner for him.

Furthermore, Owen announced in a private show that 20 of Pakistan’s best footballers will be sent to Ireland for additional training.

According to a statement from GSV, the football stadium will be constructed in compliance with FIFA infrastructure criteria.

“We’re putting together a programme in which 20 of Pakistan’s finest footballers will travel to Ireland to play at St Patrick’s.” They have an excellent pathway to Europe, they sell players, and they may be a launching pad to the Premier League,” Michael Owen explained.

He was also disappointed by Pakistan’s football situation.

“It’s a tragic situation that there are 220 million people in Pakistan, with a major proportion of them being young people, yet there isn’t a very great foundation for football,” he remarked.

In 216 appearances for Liverpool, the Chester native scored 118 goals. After leaving Liverpool, he scored 13 more goals in 36 games while playing for Real Madrid. During his remarkable career, he also represented Newcastle United, Manchester United, and Stoke City. He also played for England’s national team, scoring 40 goals in 89 games.

Owen’s visit to Pakistan was made possible by a collaboration between Global Soccer Ventures (GSV) and Prime Minister Imran Khan’s Kamyab Jawan programme.

According to a press release issued by Global Soccer Ventures (GSV) last month, the collaboration “offers talented youth in Pakistan the opportunity to play football in world-class stadiums and improve their skills at the home of football in the United Kingdom.”

GSV will also run a nationwide grassroots talent hunt programme in Pakistan with the assistance of a UEFA-licensed European coaching team.