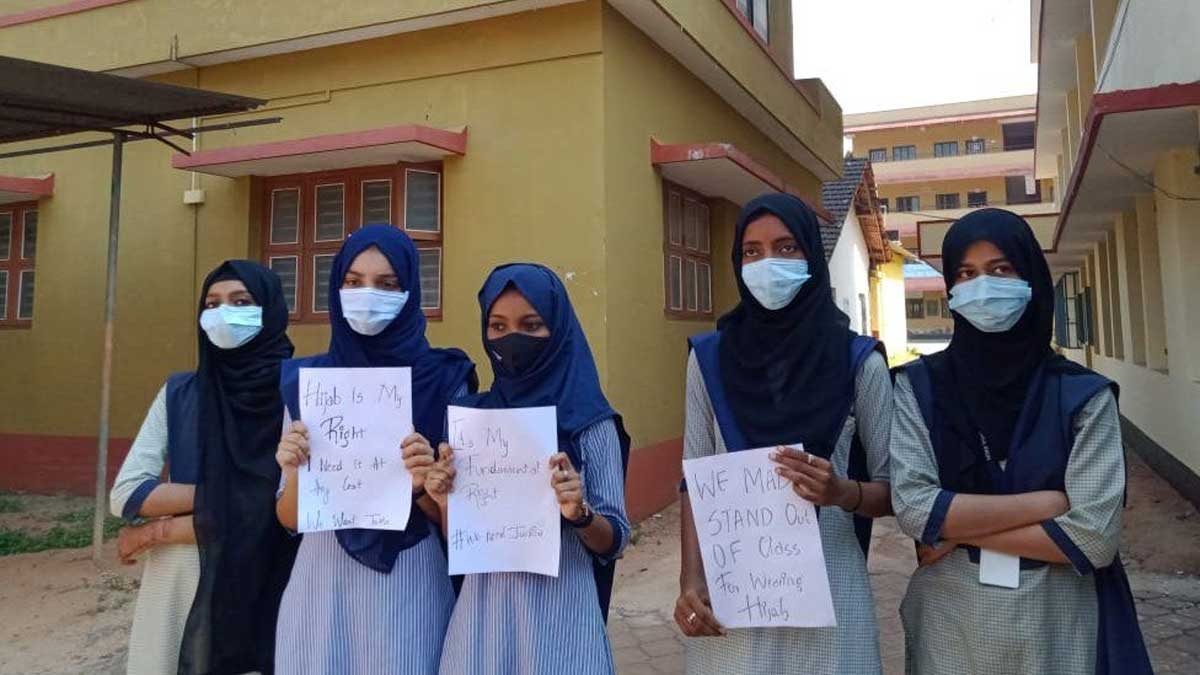 Six teenage Muslim girls in southern Indian state of Karnataka were kicked out of the classroom after they went to college wearing headscarves.

“When we arrived at the classroom entrance, the instructor told us we couldn’t enter because we were wearing the hijab,”

“She insisted that we take it down,” one of the students said.

A group of six Muslim students at a government-run women’s college in India’s Karnataka state in the south has been forced to sit outside the classroom because the college administration claims they are “breaking the laws” by wearing hijab, which is not part of the college uniform.

Read more: Offering prayers in open spaces will not be tolerated in India’s Haryana

“We have a few male teachers. We need to cover our hair before men. That is why we wear a hijab,” Almas AH, one of the students said.

The Muslim girls told Al Jazeera that the headscarf is “part of their faith” and that wearing it is “their legal right.”

The college administration has attempted to exert pressure on the students, but they have remained obstinate.

Students have been marked absent from class since December 31, despite attending college every day.

Aliya Assadi, a member of the group, told Al Jazeera, “We are not going to compromise, no way.”

A photo of girls dressed in hijab and wearing college outfits sitting on the steps outside their classroom has gone viral on social media.

“It was because of the viral photo that our situation was brought to the attention of the media,” Assadi explained.

Their demonstration enraged the college administration, who, according to the group, ordered them to submit a letter acknowledging that they missed classes by staying home.

“We attempted to reject, but the principal and professors warned to damage our careers,” another student, Muskan Zainab, told Al Jazeera.