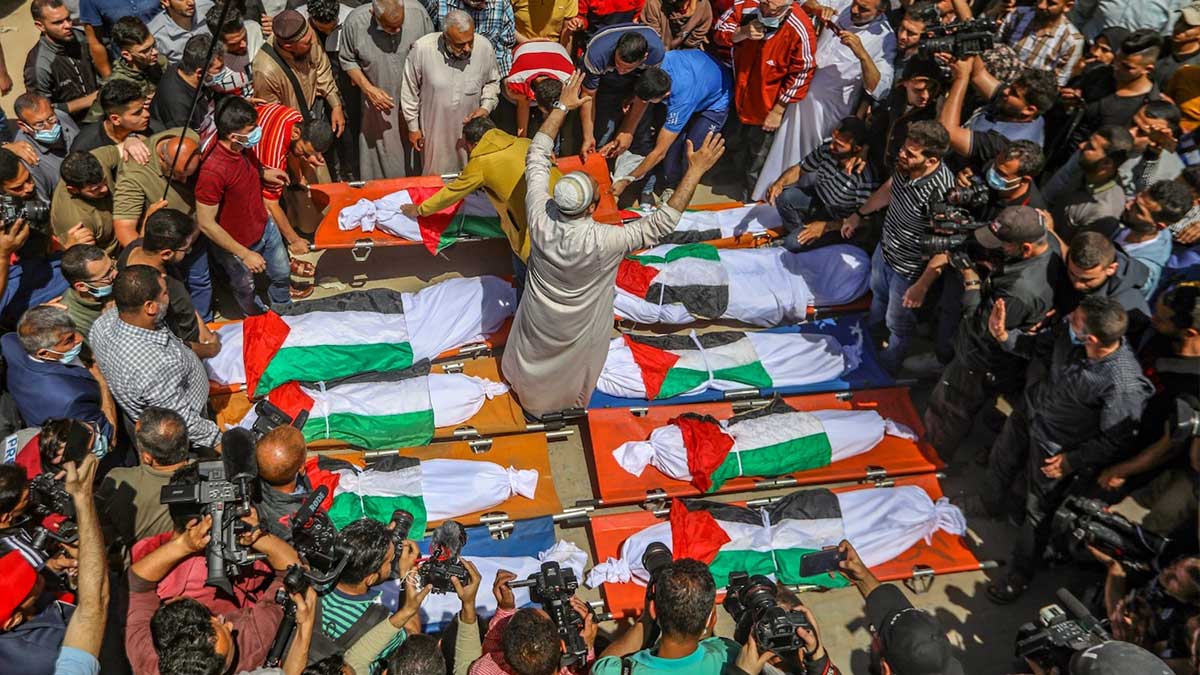 The Organization of Islamic Cooperation (OIC) has passed a unanimous resolution calling for Israel’s cruel onslaught on Palestinians to come to an end immediately.

On Sunday, the OIC Executive Committee of Foreign Ministers endorsed the resolution at a virtual open-ended extraordinary meeting chaired by Saudi Arabia.

Pakistan was represented at the meeting by Foreign Minister Shah Mahmood Qureshi.

The resolution requested that Israel immediately cease all transgressions, including disrespect for the holy sites.

It condemned Israeli settlements and annexation of Palestinian land, especially East Jerusalem, as well as Palestinians’ forcible removal from their homes.

Meanwhile, Muslim countries demanded that Palestinians, as well as medical and first-aid personnel, be protected and allowed to carry out their duties without interference.

The resolution emphasized the UN Security Council’s responsibility to act quickly to put an end to the Israeli occupation’s cruel atrocities on Palestinians in order to maintain global peace and security.

It reaffirmed the kept commitment of OIC of supporting Palestinians in their quest for self-determination and a two-state solution leading to the creation of an independent Palestinian state with Al-Quds Al-Shareef as its capital.

The resolution called for international legal action to force Israel to pay reparations for damages to Palestinian infrastructure, as well as public and private property, using specialised international courts and several UN bodies.

Meanwhile, it’s worth noting that Israel maintained its murderous bombing on Sunday, bringing the total number of Palestinians killed in Gaza to over 170, with more than 30 children and scores of other women martyred as a result of the bombardment.

Earlier in the day, eleven members of a single entire family were killed in an Israeli air hit on the western Gaza Strip, according to doctors in the Palestinian enclave.

“All rockets and mortars, as well as aircraft and artillery bombardments, must be halted immediately. “The United Nations is actively engaging all parties to achieve a quick ceasefire,” UN Secretary-General António Guterres stated.

António Guterres, condemning the demolition of media offices in Gaza, said journalists must be able to operate without fear. The status quo at the holy places, he stressed, must be maintained and preserved.