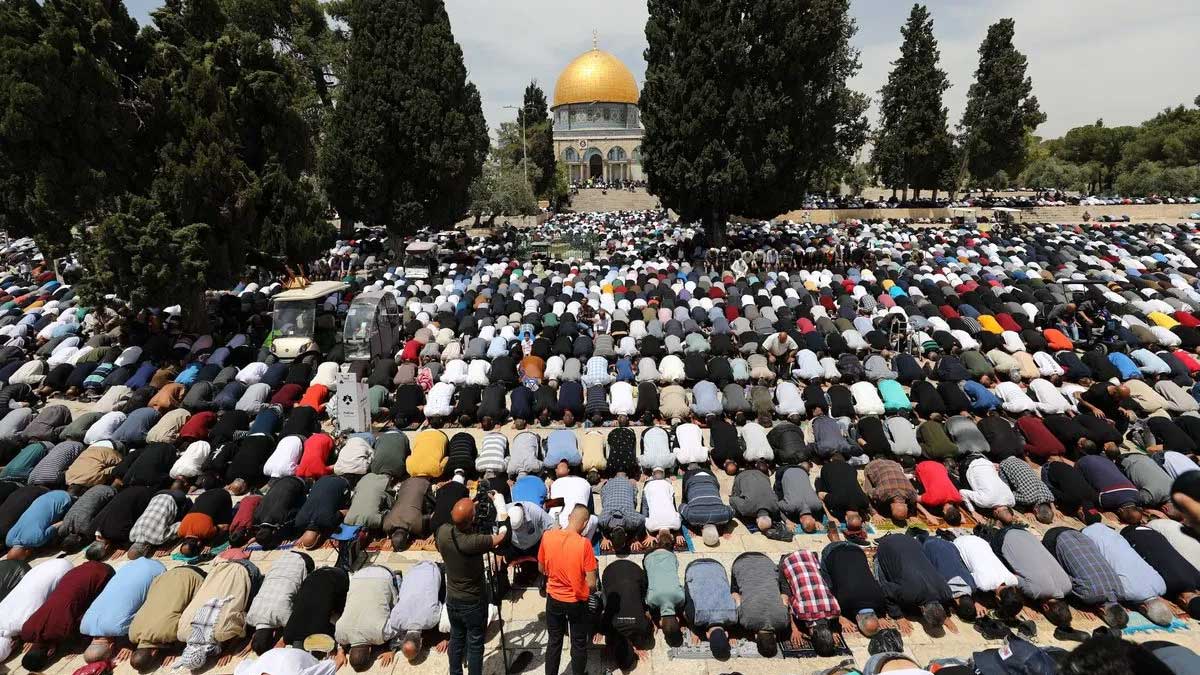 An extraordinary meeting of permanent representatives of the Organization of Islamic Cooperation (OIC) member countries discussed Israeli aggression at Al-Aqsa Mosque and the escalation of Israeli-Palestinian conflict.

At the meeting, OIC Secretary General Hissein Brahim Taha reaffirmed OIC’s total commitment and support for the rights of Palestinian people to sovereignty over their occupied land, including East Jerusalem, as the capital of the State of Palestine, as noted in a release issued by the Union of OIC News Agencies (UNA) and received here on Tuesday.

In his statement at the opening session of the open-ended extraordinary meeting of the OIC Executive Committee at the level of Permanent Representatives, Taha underlined the religious and spiritual centrality of Jerusalem City and the eternal connection of Muslims across the world to the blessed Al-Aqsa Mosque.

The meeting discussed the ongoing Israeli aggression against the blessed Al-Aqsa Mosque.

The recent uptick in violence in Jerusalem has fueled fears of a replay of Israel’s battle with the Palestinian Hamas movement in Gaza last year.

Israel claimed two rockets were fired from Gaza, one falling short and the other impacting across the border without causing any harm. It was the third such event in Gaza this week, shattering months of relative tranquilly.

Al-Aqsa is located on the Old City plateau in East Jerusalem, which Israel took in a 1967 conflict and annexed without international recognition. Palestinians want East Jerusalem to be the capital of a future Palestinian state.

Palestinians accuse Israel of restricting Muslim worship at Al-Aqsa, Islam’s third holiest site, while failing to enforce a long-standing prohibition on Jewish prayer. This is something Israel denies.

Hundreds of protesters flung rocks and explosives toward the Western Wall, where Jewish prayer was taking place, according to Israeli police. As per authorities, a stone struck a female cop,

Mushir al-Masri, a Hamas official, told a rally in northern Gaza that Hamas forces “have their fingers on the rifle triggers, and we will protect Al-Aqsa Mosque with all our might.”

This year, Ramadan falls on the same day as Passover, the Jewish holiday. As a result, the site has seen an increase in Muslim and Jewish visitors.