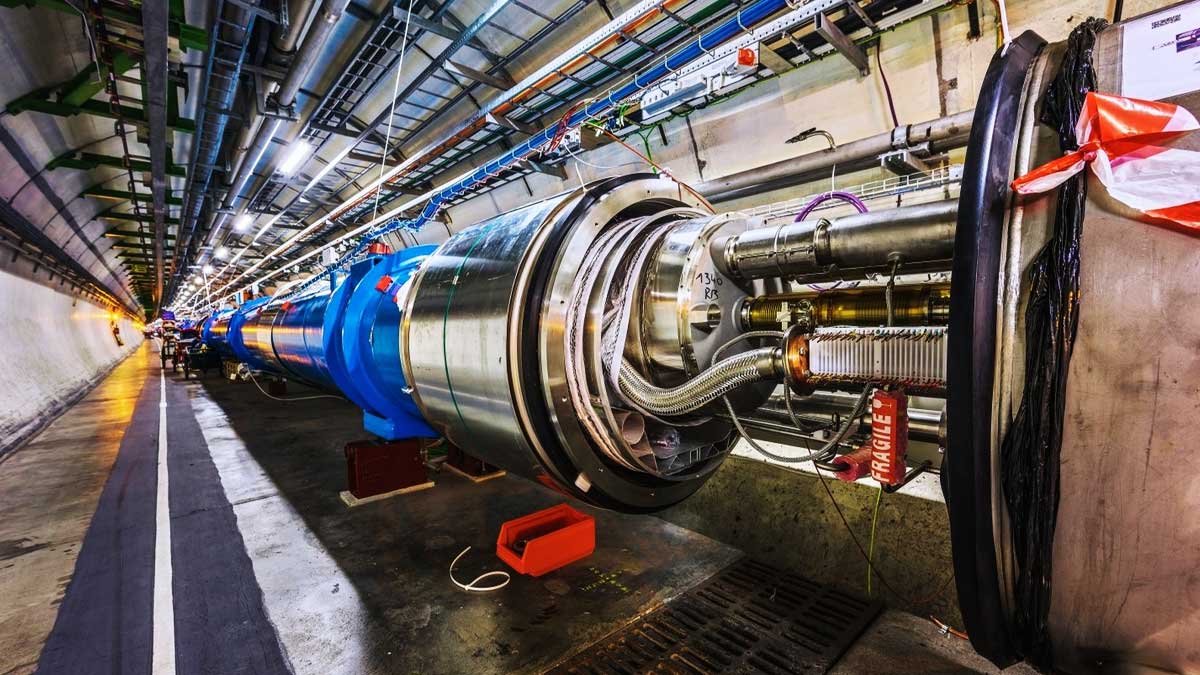 Europe’s Large Hadron Collider has started up its proton beams again at unprecedented energy levels after going through a three-year shutdown for maintenance and upgrades.

It only took a couple of days of tweaking for the pilot streams of protons to reach a record energy level of 6.8 tera electronvolts, or TeV. That exceeds the previous record of 6.5 TeV, which was set by the LHC in 2015 at the start of the particle collider’s second run.

The new level comes “very close to the design energy of the LHC, which is 7 TeV,” Jörg Wenninger, head of the LHC beam operation section and LHC machine coordinator at CERN, said today in a video announcing the milestone.

On Friday, two beams of protons flew around the Large Hadron Collider, bringing the world’s largest particle accelerator back online after a three-year hiatus.

CERN, or the European Organization for Nuclear Research, has spent the last three years maintaining and upgrading the system. Now, the team is getting ready to embark on a four-year data collection project that scientists hope will unveil new cosmic secrets.

“In terms of our experiment’s ability to detect, gather, and evaluate data, it will be two to three times better,” Marcella Bona, a particle physicist at Queen Mary University of London, told the BBC.

This summer will see the start of the LHC’s third run, known as Run 3. Because of the modifications made over the last few years, this run will witness a greater number of particle collisions and those collisions will have a higher energy than previous runs.

The new functionality will be used by scientists to test the limitations of the Standard Model of physics, a theory that explains how subatomic particles interact. They’ll try to detect new sorts of particles as well as other tests, and maybe even gain a better picture of dark matter, a still-undiscovered element that scientists say accounts for a huge portion of the cosmos. Its existence, however, has yet to be established.

New initiatives will also look into the Higgs boson, a particle identified ten years ago during research at the Large Hadron Collider.

Bona told the BBC, “It’s a tremendously exciting time.” “For the past three years, we’ve been modernizing the machinery. We’re all set now.”