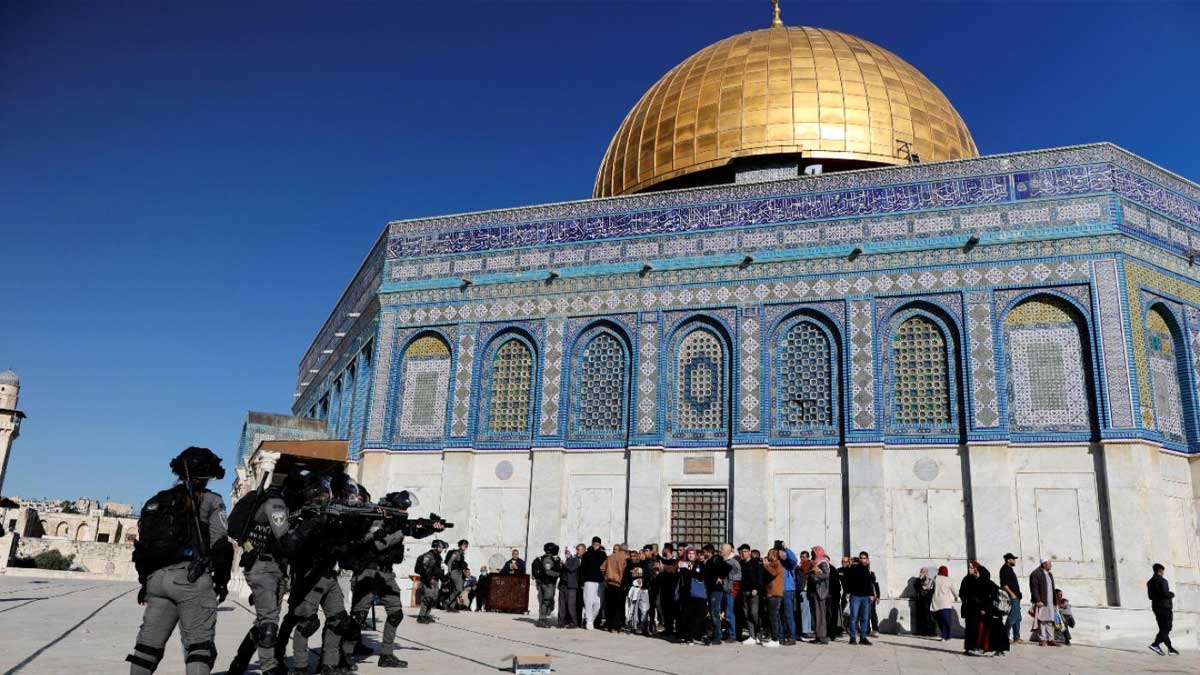 Israeli forces stormed al-Aqsa Mosque for the third time since the beginning of Ramadan early on Monday, clearing worshippers from courtyards to allow Israeli settlers to mark the Jewish Passover holiday.

In skirmishes with Israeli police within Jerusalem’s Al-Aqsa Mosque compound, at least 170 Palestinians were injured, escalating a rapid rise of violence that has sparked worries of a return to wider bloodshed.

Rubber bullets, stun grenades, and police batons were used to damage the majority of Palestinians, according to the Palestine Red Crescent, at the most vulnerable spot in the decades-long Israeli-Palestinian conflict.

Following a string of violent Arab street attacks across the country over the past two weeks, Israeli security forces have been on high alert. Clashes at the Al-Aqsa site in Jerusalem’s walled Old City threaten escalating into a larger conflict similar to last year’s Gaza conflict.

The Al-Aqsa compound, which is known to Muslims as al-Haram al-Sharif, or The Noble Sanctuary, and to Jews as Temple Mount, is located atop the Old City plateau of East Jerusalem, which was taken by Israel in the 1967 Middle East conflict.

After Ramadan morning prayers, hundreds of Palestinians hurled firecrackers and stones at Israeli police and toward the nearby Jewish prayer place of the Western Wall in the Old City, according to an Israeli police statement.

The police subsequently entered the Al-Aqsa compound to “disperse and drive back the crowd, allowing the remaining of the worshippers to leave the location safely,” according to the report, which also stated that three officers were injured during the confrontations.

Hundreds of Palestinians were taken by Israeli police, according to a tweet from Israeli Prime Minister Naftali Bennett’s office.

“On the Temple Mount and throughout Israel, we are fighting to reestablish tranquilly. In addition, we are planning for any scenario, and our security forces are prepared to handle any situation “Bennett remarked.

The Palestinian Foreign Ministry claimed it “holds Israel totally and directly responsible for this crime and its consequences,” referring to the Al-Aqsa unrest.