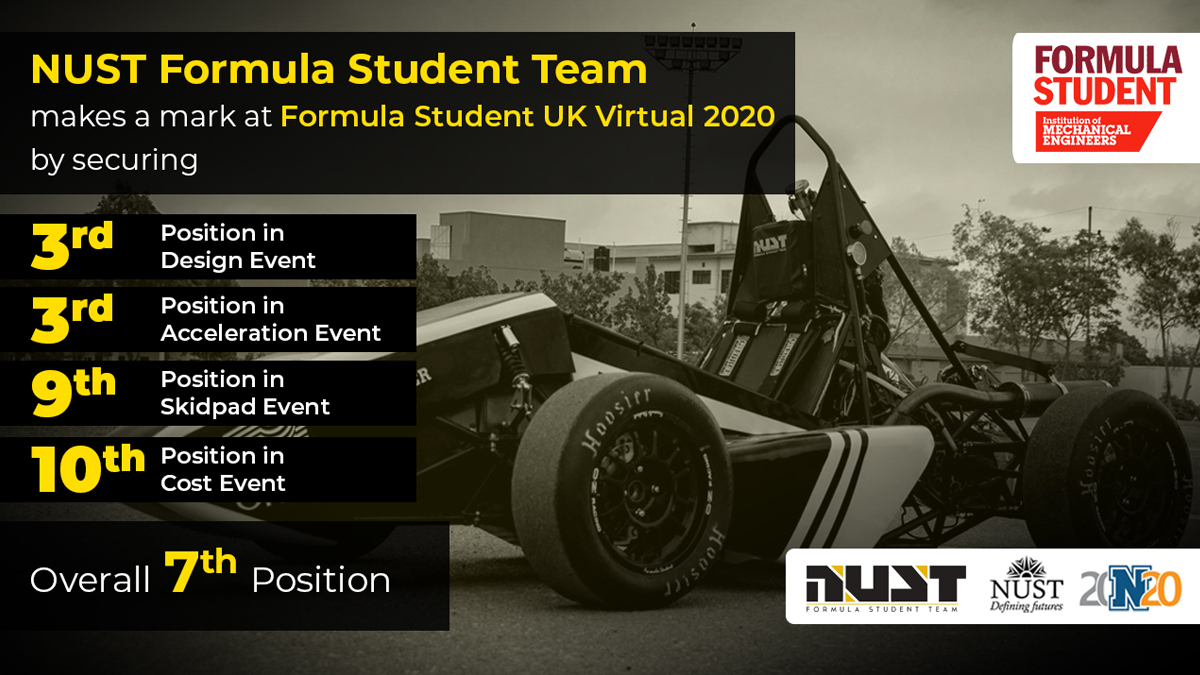 This year the contest was held online instead of at Silverstone due to coronavirus pandemic. Team NUST secured the third position in the design and acceleration category.

The NUST’s Formula One Team came in 9th position in the Skid Pad section while at number ten in Cost and obtained the seventh position in Formula Student (FS).

@nustfsteam participated in "Formula Student UK Virtual 2020". Persevering through years, the team has finally proved themselves as they say “one does not simply bounce back after facing failure after failure. Unless it's the NUSTfsteam. #FSUK2020 #FSUK #NUST #growingfromthehub pic.twitter.com/iVrmQjwiEA

The Formula Student is a student engineering event which is held annually in the United Kingdom. Teams based on students from different universities participated from all over the world to design, build, race and test a small version of Formula style racing car event.

The cars are judged on the bases of different criteria set by organizers. It is run by Institution of Mechanical Engineers and uses the same Formula One rules as the original along with supplementary protocols.

The teams from all over the world compete in Static and Dynamic events held in the event. The main aim behind organizing the event is to develop enterprise and innovative young engineers and inspire the young generation to go for an engineering career.