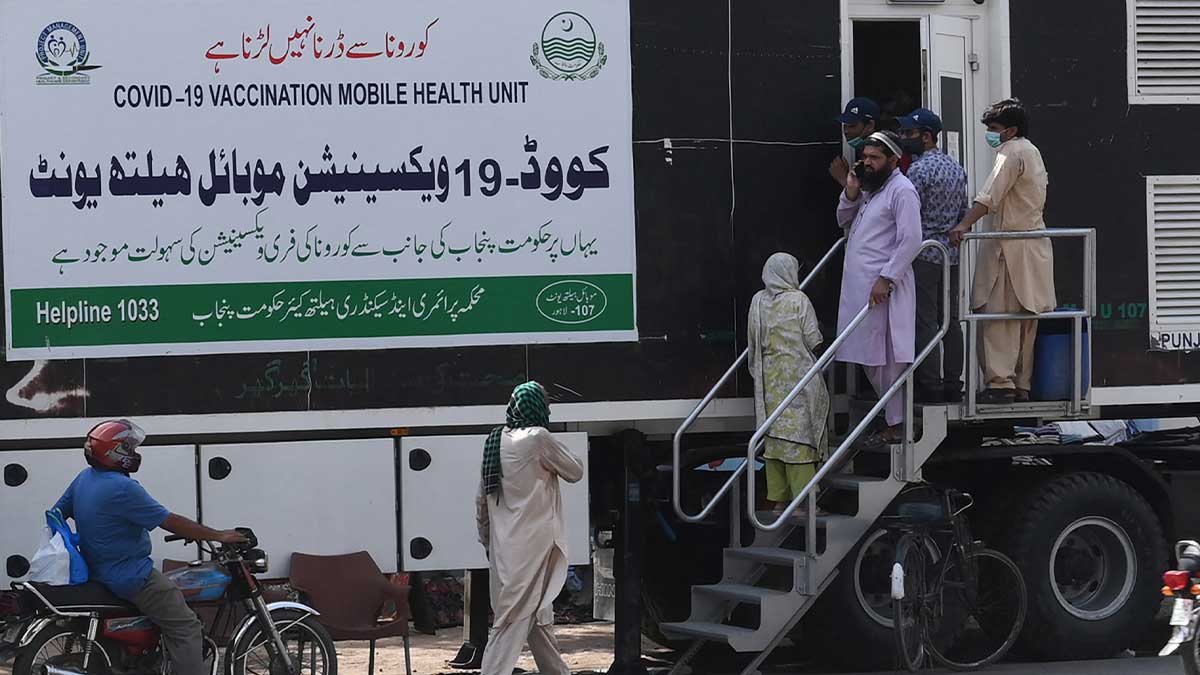 From 1st August onwards, no air travel will be allowed without a vaccination certificate as fourth wave is about to appear which can have severe effects, says NCOC.

It also advised to take measures to curb the spread of the Covid-19 Delta variant already surfacing amid a fourth wave in Pakistan.

The NCOC further announced to ensure strict adherence to SOPs from July 9 to 18 across the country. The authority also said that it has prepared a comprehensive plan to deal with the variant as well as other variants of the virus in the country.

Students above the age of 18 years are also required to get vaccinated before the said deadline, afterwards, no air travel will allowed without Covid vaccination certificate.

Moreover, the authority expressed fear that failure to adopt safety measures could have a dangerous outcome. The Delta variant has already caused hundreds of deaths in India and put people in hospitals in a helpless situation due to a dearth of oxygen.

As part of the strategy, the NCOC will ensure compliance of Covid-induced standard operating procedures (SOPs) and accelerate administration of vaccinations.

The NCOC, making efforts concerning the pandemic, also announced various recommendations to restrict unnecessary public movement during Eidul Azha. It is expected that the NCOC might also impose a ban on tourism given the increase in the number of cases.

Federal Minister for Planning, Development and Special Initiatives Asad Umar has warned, “2 weeks back I had tweeted that our artifical intelligence models are showing possible emergence of 4th wave. Now there are clear early signs of 4th wave starting. Poor sop compliance, coupled with spread of variants of concern, indian variant in particular, are the main cause.”