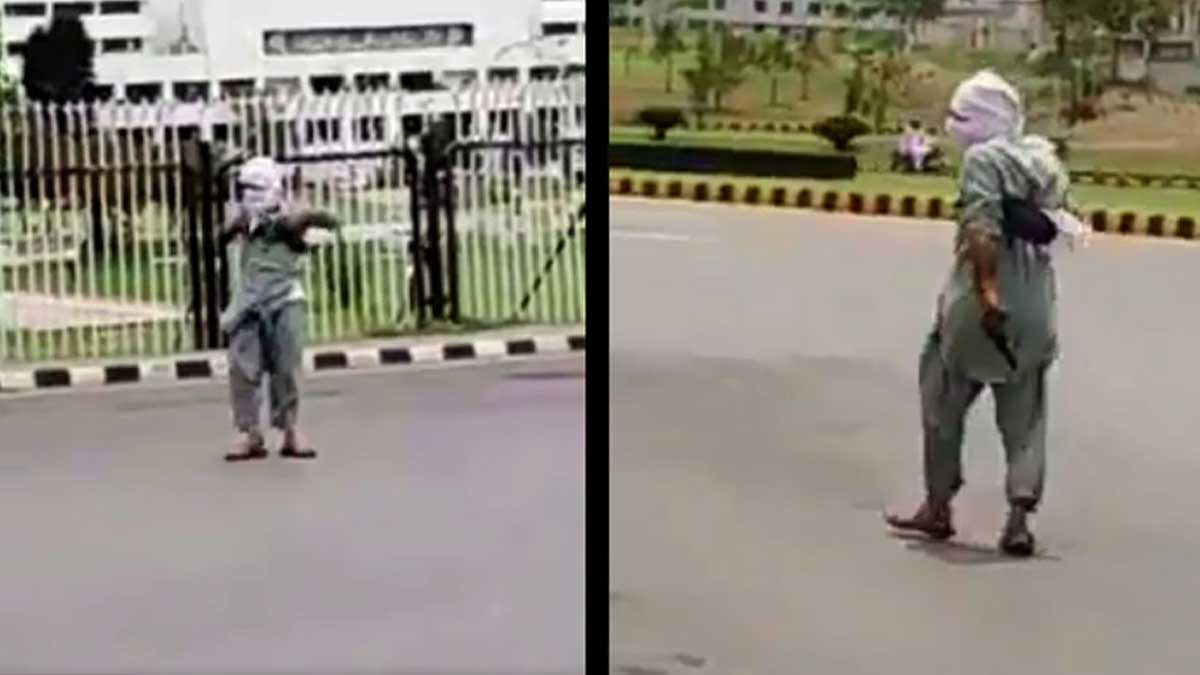 Police have arrested a man with a gun in one hand and a knife in the other outside the Parliament House Islamabad, a video of him went viral on social media.

Waving a gun in one hand and what seemed like a knife in the other, as several security officials appeared to surround the lone man.

According to reports, the police is quoted as saying they took time to apprehend him as part of a tactical operation. The police recovered pistols from his possession and the man has been taken to the Police Secretariat Station.

In another video tweeted by a user Hammad Balghari, the suspect (whose face is covered by a piece of cloth) can be seen gesturing to police officers standing nearby, with a knife in his right hand as he walks boldly in the middle of the road outside the Parliament House. After arresting the suspect, police said initial investigation revealed he is a 45-year-old man who lives in Rawalpindi’s Chakri area.

Taking notice of the incident, Chairman Senate Sadiq Sanjrani instructed IG Islamabad to prepare a report on the matter.

The man with gun and knife not sound of mind, say police sources

Sources in Islamabad Police spoke to the media, said that initial investigation had revealed that the suspect was not of sound mind.

“The suspect had said he had come out [on to the streets] to save the country, as it is in dire straits,” revealed sources.

The suspect said Pakistan was about to disintegrate as a result of a conspiracy, added sources.

Police sources revealed that the knife and the pistol seized from the suspect, were both rusty. ”The pistol didn’t even have bullets in it,” said sources.