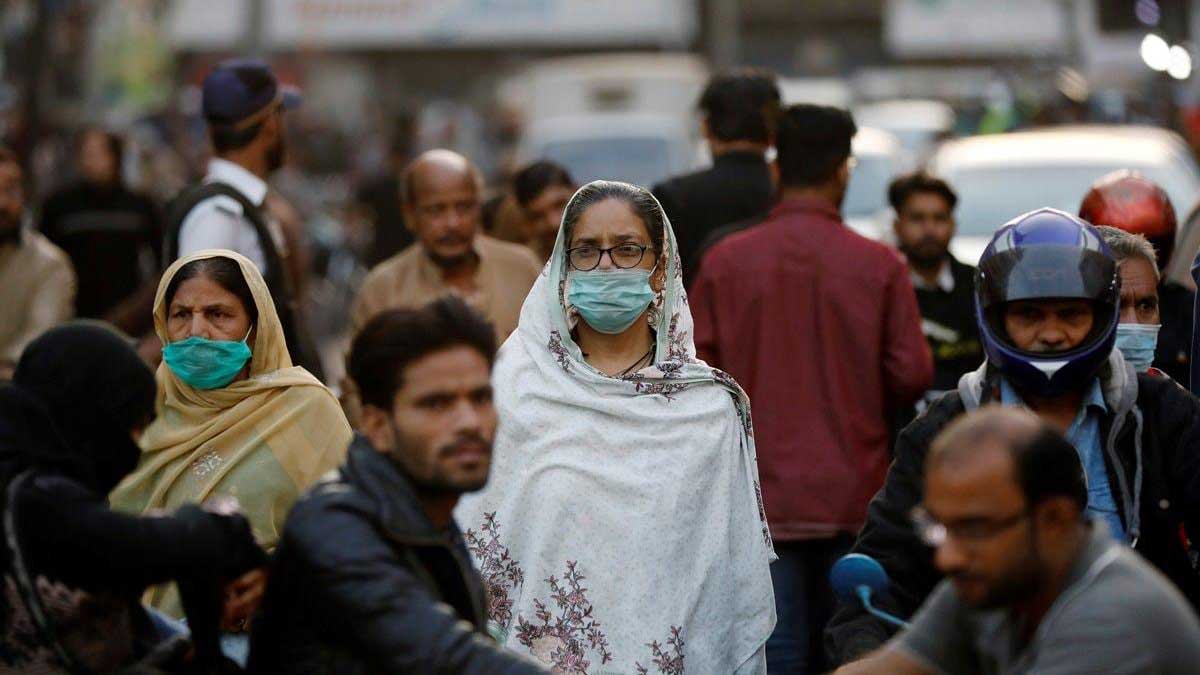 Special Assistant to the Prime Minister (SAPM) on Health Dr Faisal Sultan said on Saturday that flouting standard operating procedures (SOPs) could lead to another Covid wave in Pakistan.

Dr Faisal Sultan said that the average positivity ratio in the country had come down to 4 percent due to effective curbs put in place by the government. However, he added that non-compliance of standard operating procedures (SOPs) had also increased, which he feared could lead to another wave of the pandemic.

Dr Faisal Sultan in a video message expressed fear that if the trend of non-compliance continued, the number of Covid-19 cases could start to rise again. “If we don’t get serious about it now then we might have to face another wave [of Covid-19],” he added.

Sharing some statistics in this regard, he said that only 40% were following the guidelines in the business and transportation sector, meaning around 60% were not adhering to the SOPs.

The National Command and Operation Centre (NCOC) is going to launch a campaign to vaccinate 70 million people by the end of 2021.

On Wednesday, NCOC announced to vaccinate at least 70 million people by the end of this year. The campaign is meant to reduce adverse effects of the viral disease to provide ample flexibility to the business community so that they can be enabled to continue their operations with minimum restrictions.

As less than 2,000 new Covid-19 cases and less than 4 percent positivity rate were reported on the second consecutive day yesterday that shows the sign of declining of cases in the third wave, the number of active Covid-19 cases has decreased by 40 percent in the last 2 months. A noteworthy decline in the number of hospitalized patients has also been observed.

On Monday, Prime Minister Imran Khan chaired a meeting of the National Coordination Committee where it was decided to accelerate vaccination to achieve herd immunity at the earliest.

The meeting also decided that various segments of public and private sectors would be involved in the vaccination process under the “whole of the nation approach”.

As per the NCOC’s released statement, “The mass vaccination drive strategy revolves around three objectives: motivation of public through effective media partnership, capacity building of existing vaccination infrastructure and uninterrupted supply of vaccine, including indigenous production,” which has begun on Tuesday with the launching of PakVac by the National Institute of Health (NIH).

“A target to vaccinate 70 million people by the end of this year has been set by NCOC. All federating units have been taken on board to enhance their vaccination capacity for which federal government will provide necessary assistance. Federating units have also been asked to engage private sector including business community, media, religious scholars and other departments for close collaboration in this campaign,” the statement said.

Meanwhile, later Asad Umar posted on Twitter, “Held special NCOC session today with all major chambers in Pakistan. I want to thank the business leadership for willingness to participate in vaccination drive to help Govt accelerate the vaccination campaign & open up the economy while safeguarding health of the nation.”