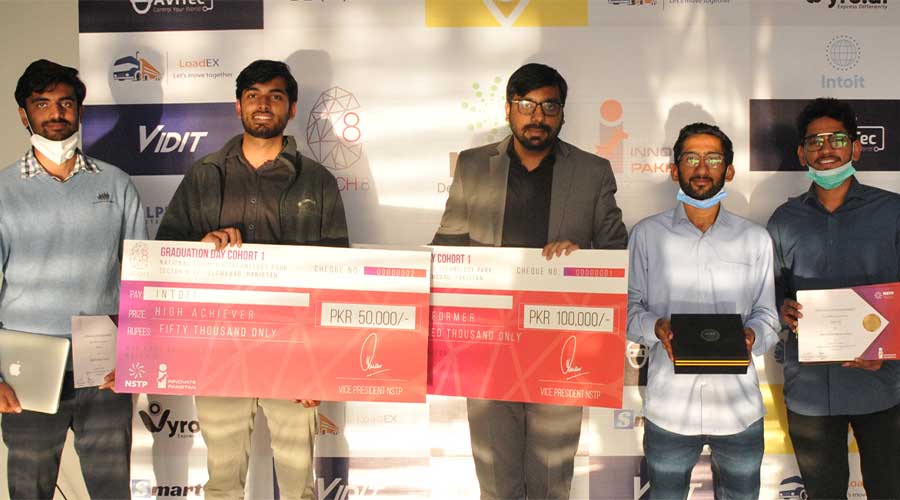 Nine innovative technology startups graduated from the NSTP Hatch 8 Programme of the NUST and were awarded prizes at the Graduation Day Ceremony.

Hurray! 09x startups have successfully graduated from our #Hatch8 programme. Out of the 9 graduating startups, 3 were given awards for high achievement on the basis of revenue generation, customer base, and socio-economic impact.
Kudos to the teams! Keep innovating! pic.twitter.com/6UE14xgTjB

Launched at NUST in 2019 under the overarching theme of “Innovate Pakistan,” after six months of challenging sessions at the Park, coupled with continuous mentorship, guidance and business plans revamping, the founders of these startups were ready to showcase their prototypes and businesses with an ambition to make a difference in the tech realm.

Out of these graduates, some have been granted space in NSTP’s next stage incubator Cube 8. While 1 of the startups has transitioned straight away into an NSTP Hi-tech SME. Moreover, 3 out of 9 were awarded for high achievement on the basis of revenue generation, customer base and socio-economic impact.

The tech startups graduating from the Park, inter alia, span a wide array of themes ranging from Ed-Tech, Fin-Tech, Agri-Tech and Smart-Tech.

Among the startups was SuperStellar that recently conducted Pakistan’s first drone light show for the Engro Fertilizers event in Daharki, Sindh.

The occasion was graced by the VP NSTP, Dr Nassar Ikram as chief guest, along with leading startup and entrepreneurship industry luminaries.

The event was opened by the keynote presentation of Director NSTP, Adnan Ejaz, followed by pitches by startups, prize distribution. And Dr. Nassar Ikram highlighted the accomplishments of the park since its inception in December 2019.