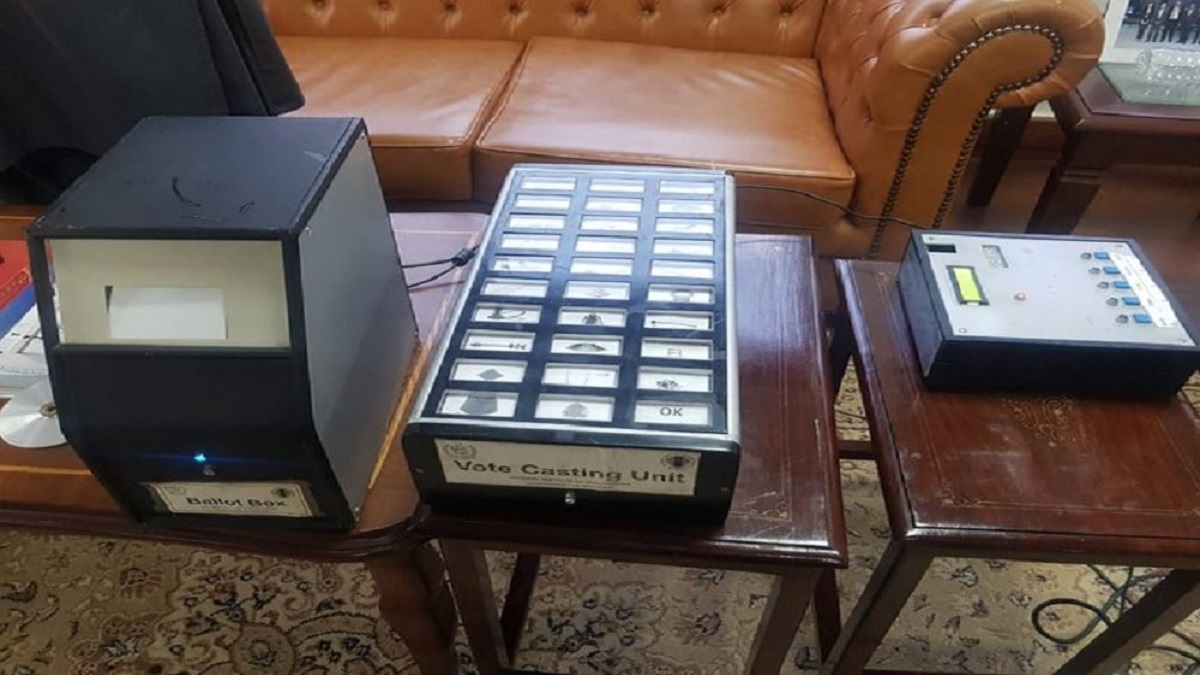 The National Institute of Electronics (NIE) has successfully developed the first E-voting machine in Pakistan.

Chaudhry Fawad Hussain, the Federal Minister for Science and Technology introduced the prototype by the NIE team that carried out successful testing for the first E-voting machine.

This machine will ensure transparency and helps get rid of rigging in elections, Minister commented upon seeing the successful testing of the machine. The testing held a successful run of the machine under the direction of the science and technology minister.

Moreover, the E-voting machine contains two parts. The first part consists of election symbols whereas the second part has the capability to control the machine to which the presiding officer has authority, the Minister directed. When the voter is about to vote, this authority to the officer helps him to control the device. This also enables the voter to select and click any symbol he/she wants in the booth.

The machine will not only have the capability of electronic voting rather it also enables to print ballot papers along with its main functionality.

He further said that the work on the machine is about to be completed within few stages and the whole project will be then shared with the National University of Science and Technology (NUST), the National Database and Registration Authority (NADRA), and COMSATS.

Read More: Chinese company and COMSATS to set up an LED Research Center

However, while talking about the recent fiasco in Daska by-polls, the Minister stressed the need of converting the ballot casting to the system of electronic voting. He maintained that this machine was developed under the directives of Premier Imran Khan so that fairness and transparency can be guaranteed.

With the past experience of rigging and electoral injustice, this machine will certainly undermine Pakistan’s complete election process.