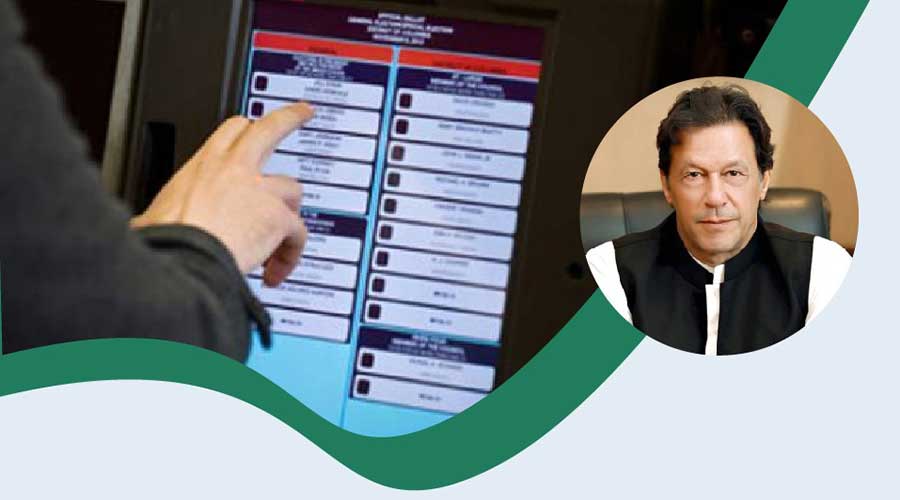 Prime Minister Imran Khan addressed the nation on important electoral reforms in a televised speech on Tuesday in a bid to ensure utmost transparency in the election process.

The government also decided to bring the electronic voting system in the country, abolish secret balloting in the Senate election and replace it with ‘Show of Hands’, and to include overseas Pakistanis in the election process.

On Tuesday, the premier said that the government is working to introduce an electronic voting system in Pakistan. While talking about the electoral reforms, he said that he himself ran the campaign for transparency in elections, adding that a constitutional amendment will be moved in parliament to introduce a show of hands during voting in the Senate elections.

He further said that overseas Pakistanis would also participate in the polling to elect their representatives via a mechanism to be brought soon.

He added that NADRA data will be utilized for the electronic voting in the country for which the Election Commission of Pakistan is being consulted.

PM Imran said a bill for these electoral reforms will soon be introduced in the parliament. “No government in power can bring about such reforms,” he said.

He then thanked GB’s people for putting trust in PTI and said that it is an appreciable moment that women left their homes in cold weather only to exercise their right to vote. PM praised the efforts of members of PTI for its massive campaigning in the Gilgit Baltistan election. He said we will give a detailed plan to fulfill our commitment of granting provisional provincial status to GB.

Furthermore, he said that Azad Kashmir and Senate election are soon to be held whereas the general election will be held in 2023. He added that introducing these reforms aims to ensure fair and transparent elections in the country that would also enhance the trust of people in the polling.

“The constitutional amendment is not possible without a two-thirds majority in the parliament and for this purpose government needs other parties to support as the Pakistan Tehreek-e-Insaf does not has the required number of votes to amend the constitution,” he said.