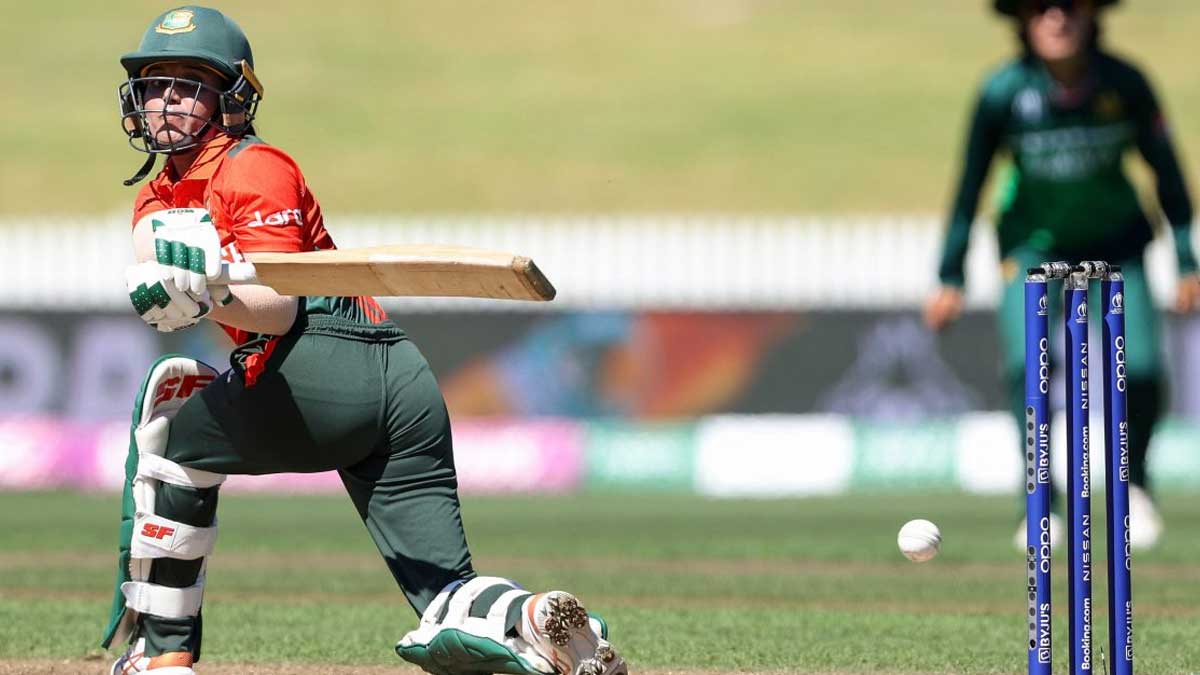 Pakistan and Bangladesh, the two bottom-placed teams, met in the ICC Women’s World Cup 2022 match no. 12 at Seddon Park in Hamilton on Monday. Prior to the match, neither team had won a game in the tournament. Pakistan was ranked last in the competition after three straight losses, while Bangladesh was ranked one spot higher but had also lost two games in a row.

Bangladesh won their first Women’s World Cup match on Monday, defending 234 against Pakistan at Seddon Park in Hamilton, and this historic triumph has pushed them to sixth place in the eight-team table.

Sidra Ameen scored Pakistan’s first-ever century in a Women’s World Cup match, but the team was defeated. But the opener’s efforts were in vain, as Pakistan progressed from 183/2 to 188/7 before being restricted to 225/9.

“It’s quite difficult to digest. We lost the game due to some poor middle-order shooting “Bisma Maroof, Pakistan’s captain, stated.

“Ameen was having a good game, but she was disappointed that she didn’t finish it. We should have chased it, but our shot selection failed us.” She concluded.