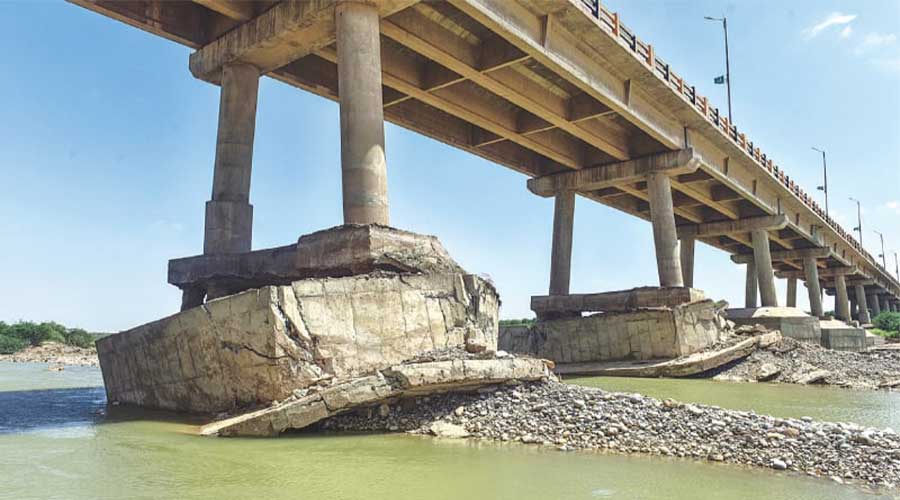 NHA plans to repair the Hub River Bridge connecting Karachi with Balochistan alongside the construction of a new bridge, which would join Karachi with the province.

According to Mr. Ismail Sattar, the president of Lasbela Chamber of Commerce and Industry, he was told it by the General Manager of National Highway Authority, Balochistan South, Sham Sundar in a meeting.

The recent series of rains has also harmed the condition of the bridge and the flood relay damaged the extra support of the bridge pillars. Ismail Sattar said that if the digging and removal of the sand are not stopped immediately, there could be a big accident. He said that Lesbela is the important industrial area of the province which contributes more than 75% of the total revenues of Balochistan.

He told that Chairman NHA has directed to construct a new bridge connecting Karachi Balochistan as per the statement of Sham Sundar. The old bridge was constructed in 1962 and is still in working condition but due to the increasing pressure of traffic, there is the need for a new bridge.

Despite the illegal collection of soil, sand, and bajri by the tractor mafia due to which the pillars have been exposed but the stability of the bridge is also at a stake. The question arises why the NHA authorities could not take the notice of this illegal activity and why action has not been taken against the tractor mafia?

The current bridge is 500 meters long, having 21 number of spans. Electronic media exposed the condition of the bridge but the NHA authorities are of the view that the bridge is structurally stable and nothing is wrong with the structural stability of this important source of connectivity of two provinces.