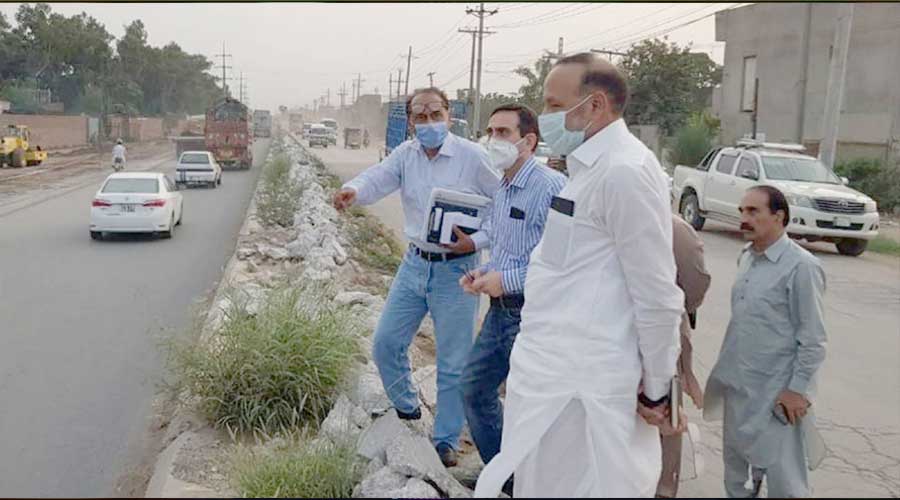 Chairman NHA visited the Rawalpindi-Lahore section N-5 and inspected alignment of the prescribed project of Shahdara flyover and work of widening of the Thokar Hudyiara drain project. This project will be completed on the basis of public-private partnership.

He directed the documentation work to be completed as early as possible and there would be no potholes on this section and water stagnation anywhere along the road especially in front of NLC Wall in Cantt Area Rawalpindi at Thekrian and Imamia Colony Railway Crossing in Wazirabad. Moreover, the purpose of his visit was to check the condition of the NHA Rawalpindi-Lahore section of N-5.

However, he expressed his desire to complete work of renovation and standardization of 13 Toll Plazas well in time. He also assured to use the quality as per specification. He stressed on the completion of work soon and ordered to complete the improvement work at Jada Morr and Jhelum.

He also visited the proposed project Shahdara flyover where he visited its location and alignment. Shahdara Flyover has been constructed on public-private partnership model. He then again instructed to complete the proceedings at the earliest.

Chairman NHA Captain retired Sikander Qayyum visit to examine the N-5 Rawalpindi-Lahore section would result in the early completion of work. He along with his senior officials instructed to protect trees along the alignment of the scheme in order to safeguard the environment by taking local NGOs on board. His

He examined other work too, he inspected the pace of work on the widening of Thokar-Hudiara drain project. He further instructed that the remaining work should be completed by the end of this year, it will facilitate travelers. According to him, national highway N-5 plays a significant role in socio-economic uplift, and keeping it in good condition is imperative.