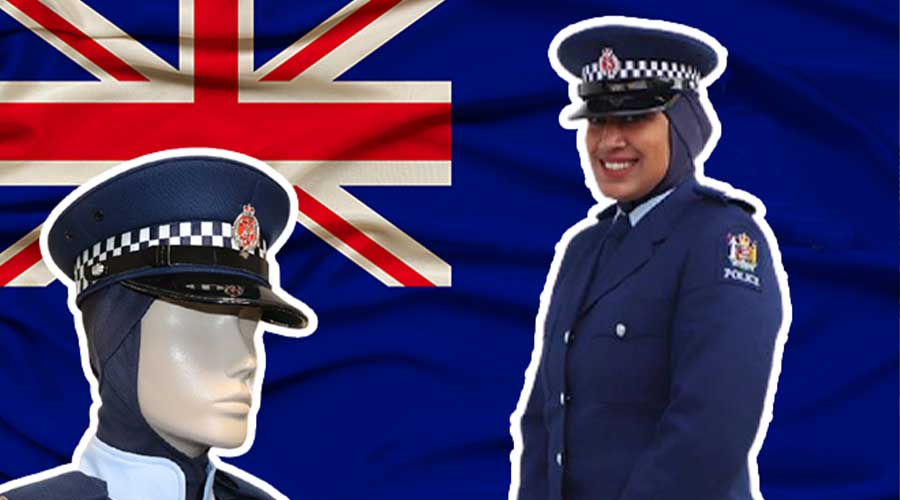 The New Zealand Police have introduced the hijab into their official uniform and new recruit Constable Zeena Ali is the first officer to wear it.

A spokesperson revealed the news to an international news agency that working on hijab design to use in police uniform started in 2018 after a request was generated from police staff who visited a secondary school.

Through hijab implementation, New Zealand officials are aiming to encourage more Muslim women to join the police force and form a comprehensive service that replicates the country’s diverse community.

Constable Zeena Ali was the first recruit to request it as part of her police uniform and also, she was invited to take part in the making of hijab-based uniform. Zeena Ali decided to join the police force after the Christchurch terror attack, which stunned the whole world especially Muslims around the globe.

“I realised more Muslim women were needed in the police, to go and support people,” Zeena Ali said.

Furthermore, “It feels great to be able to go out and show the New Zealand Police hijab as part of my uniform,” she added. “I think that seeing it, more Muslim women will want to join as well.”

Hijab based uniforms were also used in different countries such as, in the UK the London Metropolitan police permitted a uniform hijab in 2006 and later on Scotland Police also followed the trend in 2016. Whereas, in Australia Maha Sukkar also wore a hijab uniform in the Victoria police back in 2004.