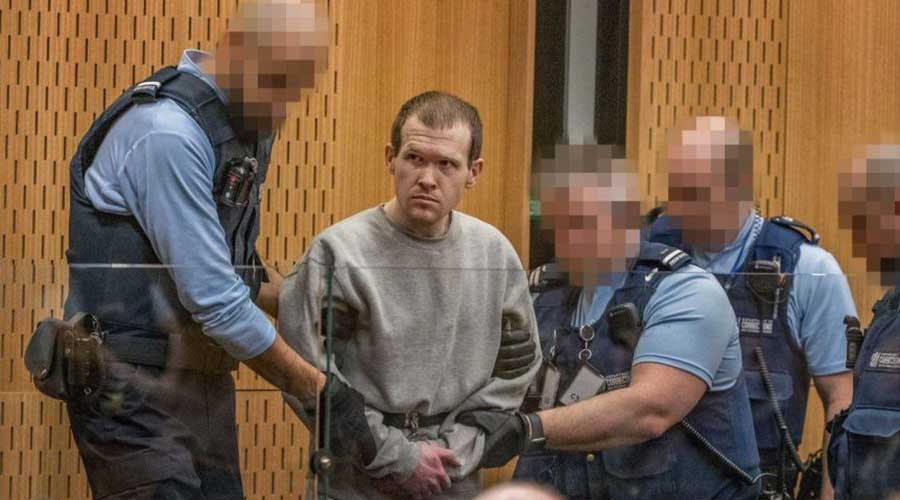 The white supremacist shooter who killed 51 people at two mosques in New Zealand last year watched without emotion on Monday as relatives of his victims recounted the horror of the mosque massacre.

The white Australian terrorist Brenton Tarrant, 29 years old had pleaded guilty against 51 killings and 40 attempts of murder. The terrorist is facing charges against the shooting riot in the city of Christchurch which he live-streamed on Facebook.

The terrorist could be the first one in New Zealand to receive a lifetime sentence to jail without getting bail. The Christchurch massacre was the country’s deadliest incident ever happened; hence, the High Court judge will be sentencing him in coming weeks.

Shooter Tarrant dressed in grey prison uniform looked at the statement written by grieving families of New Zealand mosque attack victims. In the family members of the departed souls, the mother of Ata Elayyan was also in the court. Ata Elayaan was a 33 years old goalkeeper for New Zealand futsal team who was killed in Al Noor Mosque, as per Reuters.

Maysoon Salama expressed her feelings that she always thinks about what her son was thinking in the last moments “armed only with his courage”.

“I can’t forgive you … you gave yourself the authority to take the souls of 51 people. Our only crime in your eyes is that we are Muslims,” she said.
“You killed your own humanity and I don’t think the world will forgive you for your horrible crime. May you get the severest punishment for your evil act in this life, and hereafter.”

Elayyan’s father was also in front side of the Mosque while Elayyan was in the back, however, regardless of being shot in the head and shoulder he survived the attack.

The Imam of Al Noor Mosque Gamal Fouda said to criminal Tarrant that he was “misguided and misled”.
“I can say to the family of the terrorist that they have lost a son and we have lost many from our community too,” Fouda said.
“I respect them because they are suffering as we are.”

At the moment Tarrant is not allowed to speak during hearing but may be permitted at some stage.

The New Zealand mosque shooting provoked a worldwide outburst of sorrow for the victims, as well as inspection for social media platforms as Tarrant, live-streamed the shooting video after uploading his manifesto.