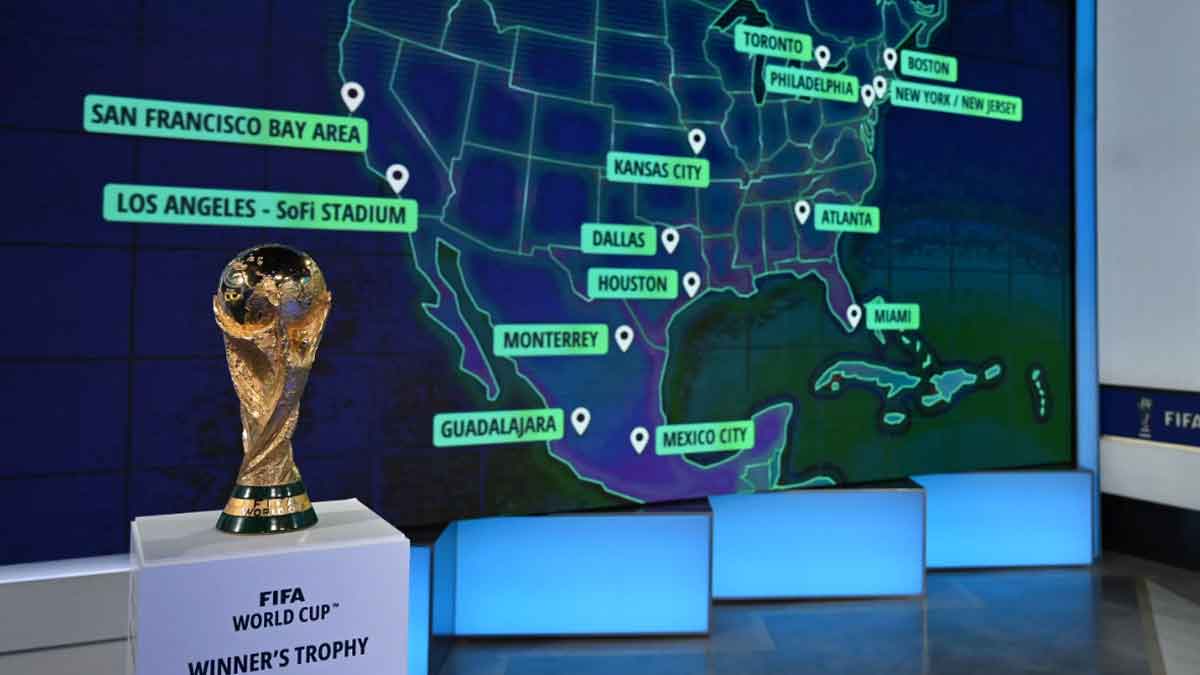 The cities of Toronto and Vancouver in Canada, as well as Guadalajara, Mexico City, and Monterrey in Mexico, will host games.

The locations of the first game and the final have still to be determined, according to FIFA president Gianni Infantino, who spoke on FS1’s broadcast.

Two locations in Los Angeles were under consideration. The Rose Bowl, which hosted the 1994 World Cup Final, was chosen by FIFA over SoFi Stadium, the brand-new home of the NFL’s Los Angeles Rams and Chargers.

Baltimore/Washington, DC, Cincinnati, Denver, Edmonton, Nashville, and Orlando were among the finalists who were not chosen. Earlier this year, Baltimore and Washington made a united bid.

Mexico has hosted the World Cup twice before, in 1970 and 1986, and will be the first country to do it a third time. The United States hosted the 1994 World Cup, whereas Canada will be hosting for the first time in 2026.