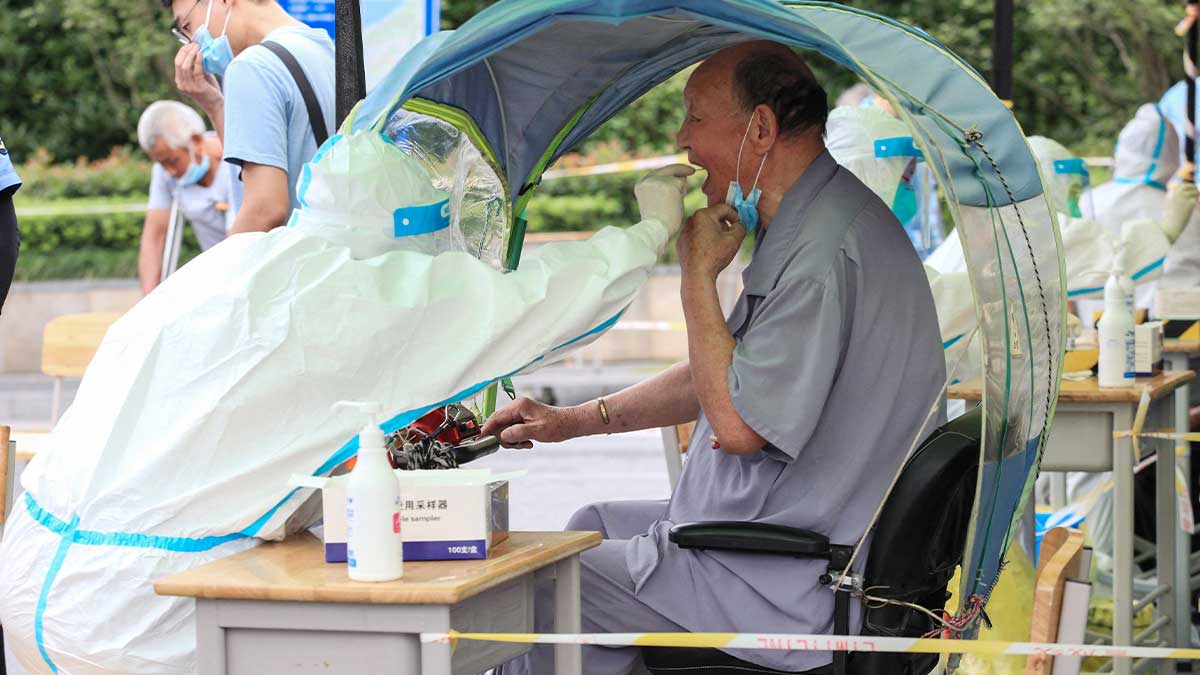 At least 27 cities in 18 provinces in China have sounded alarm about COVID-19 as more than 300 domestic cases were detected in 10 days.

Read more: WHO team blocked from entering China to study origins of coronavirus

A Covid outbreak that began in Nanjing has expanded to 18 provinces and Beijing, according to official media, making it the most widespread outbreak since Wuhan.

Since the virus was initially discovered on July 20 at the city’s major airport, about 300 people have been affected.

According to local media, all flights from Nanjing airport will be stopped until August 11th.

Officials also started city-wide testing in the wake of their “failure.”

According to state-run Xinhua news, all 9.3 million people of the city, including visitors, would be examined.

Long posts of people have been seen on social media, and police have reportedly advised individuals to wear masks, stand one meters apart, and avoid conversing while waiting.

Officials claimed the infections were caused by the extremely contagious Delta strain of the virus, and that cases have spread further due to the airport’s busy traffic.

The new Covid cases were linked to cleaners who worked on a flight from Russia that arrived in Nanjing, China on July 10, according to Ding Jie, a health official in Nanjing.

According to Xinhua News, the cleaners did not adhere to strict hygiene standards.

The airport’s management has been chastised by the Communist Party’s senior disciplinary council, which said it had “issues such as lack of oversight and unprofessional management.”

According to tests, the virus has spread to at least 27 cities, including Chengdu and Beijing, the capital.

According to the Global Times, specialists believe the outbreak is still in its early stages and can be managed.

Seven of those affected, according to Nanjing officials, are in critical condition.

The recent increase in cases has prompted some on Chinese social media to wonder if the Chinese immunizations are effective against the Delta variant.