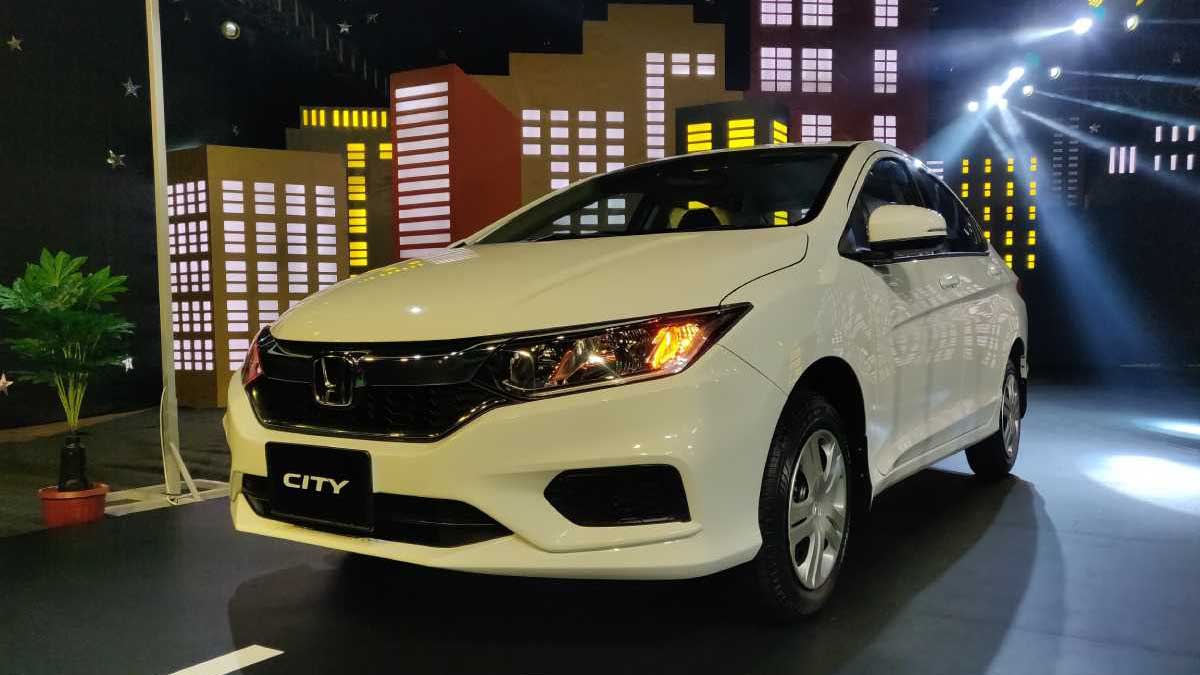 The new City, like several previous car releases before it, had a digital launch. Although the current City is not the “latest and greatest” product on the market, it is now on a par with its competitors in terms of specs and features, such as the Toyota Yaris and the Changan Alsvin, which makes the battle between these vehicles much more fascinating.

Although the design of the 6th generation City has been “totally revamped,” the car nonetheless looks similar to its predecessor. The car’s body is still tiny, with a crisp shape and somewhat altered design elements all over.

A redesigned front grille and bumper design, as well as a slightly changed bonnet design, are featured on the front fascia, along with a new pair of double barrel halogen headlights that are surrounded halfway by LED Daytime Running Lights (DRLs).

A marginally revised front fender design and a few pronounced sharp lines that traverse the length of the vehicle meet the visitor from the side.

The vehicle’s rear end contains a newly designed rear bumper, non-LED taillights, a chrome strip between the taillights, and a black garnish strip at the bottom of the bumper, all of which combine to create a fairly cluttered back look.

The inside of the car bears a strong resemblance to the previous model, with a design and layout that is practically identical to the 5th generation Honda City. That isn’t to claim the design and layout were n’t good, but the style is definitely of a previous generation.

Inside, a similar-looking steering wheel with multifunction control buttons positioned on the sides and a slightly revised dash with infotainment and climate control switches replaces the previous model. Furthermore, the dash appears to be entirely constructed of black and grey plastic trim elements, similar to the previous version, making the car feel less premium.

The cream-colored headliner, door panels, and seat fabric brighten the cabin significantly, adding to the spacious and airy atmosphere of the interior.

The interior capacity appears to be sufficient to comfortably seat a young family of five; nevertheless, tall people may find it difficult to sit in the back for lengthy periods of time due to the lack of headroom. If you choose the aspire trim level of the new City, you will get the added convenience of rear air vents for A.C.

The 6th generation city’s boot area is 506 litres, allowing it to carry a reasonable amount of luggage on both short and long trips.

In Pakistan, there are two engine options for the Honda City’s current generation. The first is a 1.2-liter four-cylinder petrol engine with 89 horsepower and 110 Nm of torque. The second engine is a 1.5-liter 4-cylinder petrol engine with natural aspiration that produces 118 horsepower and 145 Nm of torque. Depending on the version, both engines can be connected to either a 5-speed manual or a CVT transmission.

A MacPherson Strut in the front and a Torsion Bar Coil-Spring suspension in the back make up the car’s suspension system. In the front, the car uses vented disc brakes with Anti-Lock Braking System (ABS) technology, while the back has traditional drum brakes.

The 1.2 variations are known to provide a fuel average of 13 to 16 km/liter, while the 1.5 variants return roughly 10 to 14 km/liter, according to road testing conducted by major vehicle publications.

According to popular belief, HACL has maintained the prices of the new City models very expensive, putting it at a disadvantage to its competitors in the compact sedan sector. The prices of the 6th generation Honda City variations are as follows:

Meanwhile, the redesigned Honda City will not be come on roads until March 2022.