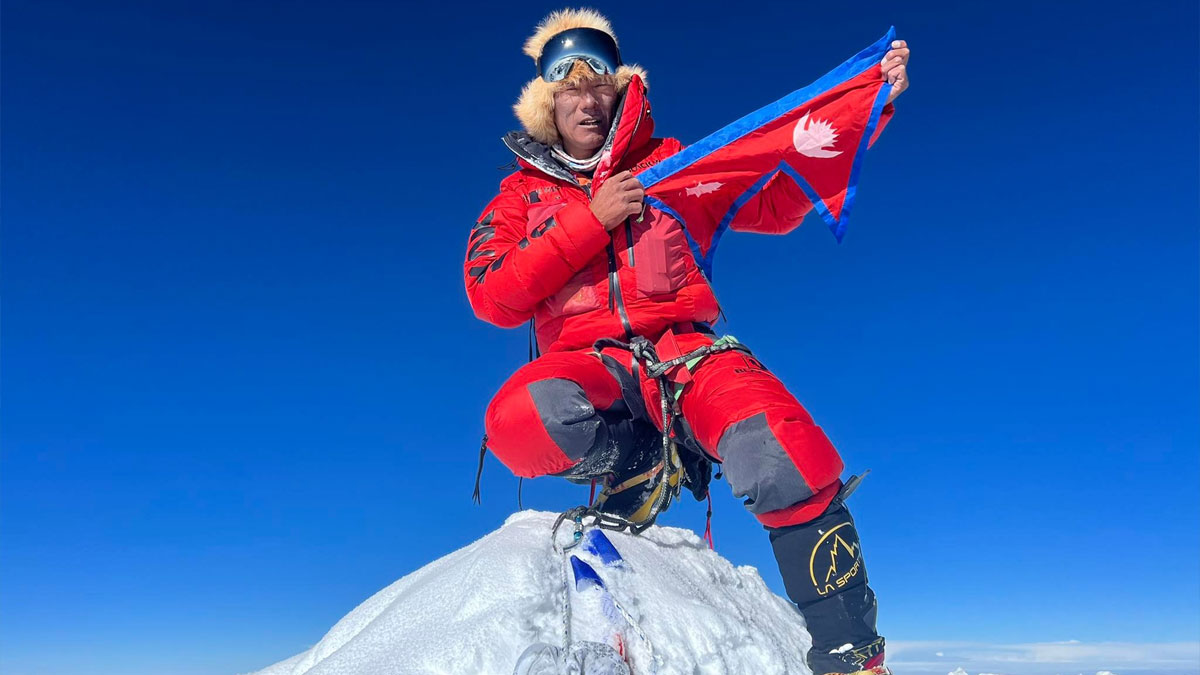 Nepali Sherpa has made a climbing record by scaling all the world’s 14 peaks that are greater than 8,000 metres (26,247 ft) for a second time, his agency revealed on Thursday.

47-year-old Sanu Sherpa is a resident of Sankhuwasabha district in East Nepal.

The climber reached the top of Pakistan’s Gasherbrum II, having a height of 8,035 metres, on Thursday morning, according to his Pioneer Adventure hiking company in Kathmandu.

“He is the only person in the world to scale each of the 14 highest mountains twice,” the company’s executive director, Nibesh Karki, told the media.

Among the 14 highest mountains, eight peaks including Mount Everest are in Nepal. The other six are found in Pakistan and the Tibet region of China.

Moreover, four Nepali Sherpa, last year, smashed the last record during winters of climbing as high as 26,000 feet while trying to scale K2.

Read more: International paragliders reach K2 with goal to fly above the summit

The Alpine Club of Pakistan (ACP) said that the maximum height attained by teams in winters in the past was 25,320 feet.

Unfortunately, a Nepali Sherpa, according to the ACP official, got a severe injury while moving from the Japanese Camp to Camp 1 and was evacuated to Base Camp with the assistance of other Sherpas. “He got serious head and eye injuries,” Mr Haidri said.

Last year, some 60 hikers attempted to scale the second highest peak in the world which began in December and ended in February.

The K2 base camp was never been so crowded with climbers from Germany, Switzerland, Britain, Belgium, Bulgaria and several other countries during the last winters. Around 30 Nepali Sherpas were part of the expeditions that accompanied the climbers and helped them with fixing ropes along the route.

It is pertinent to mention that the 8,611 metre-high K2 is the only peak that has not been scaled in the winter, and has become one of the greatest challenges for veteran climbers. Mostly, mountaineers want to reach the top without bottled oxygen, which is generally essential while attempting to scale peaks above 8,000 metres.