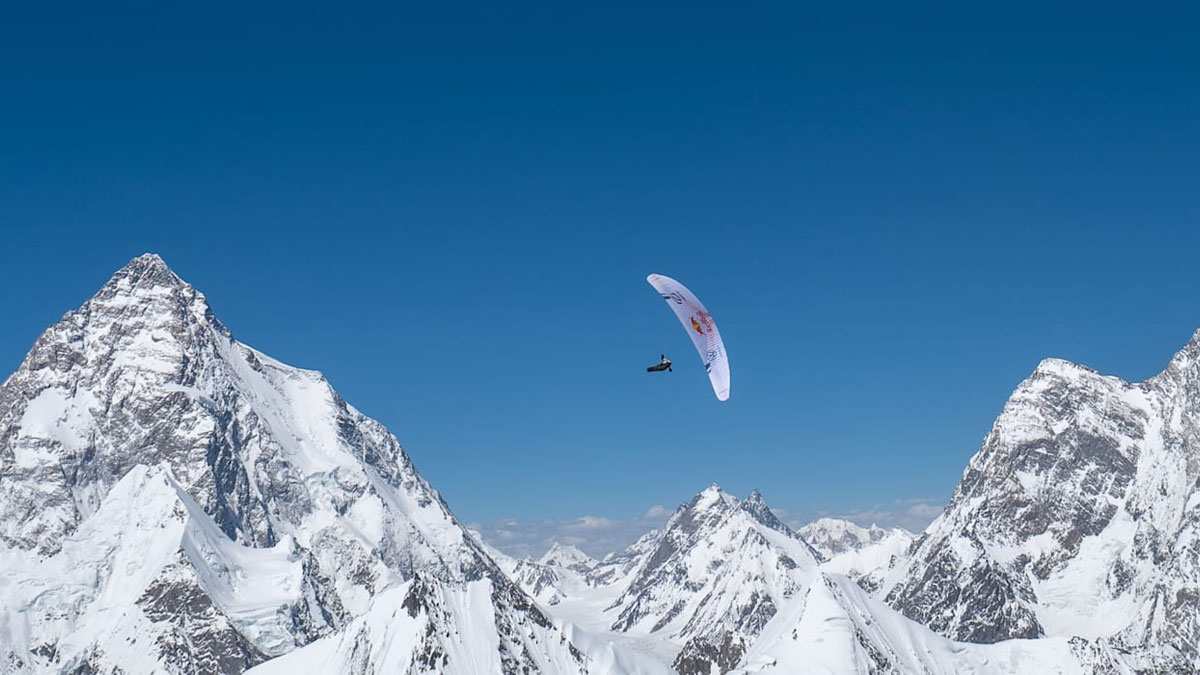 The aim to fly a paraglider beyond K2 is still achievable – all the team need is luck. As said Belgian adventurer Tom de Dorlodot who is currently in the heart of the Karakoram discovering the Baltoro from the air along with other fellow flyers Horacio Llorens and Ramón Morillas.

The trio has spent the last three weeks flying new lines by paraglider – portable foot-launched wings, depending on pockets of warm air to climb above the area’s famously enormous mountains.

“It’s been pretty intense,” Tom says, adding that the journey has got off to a great start.

“On the first flight we flew the whole Baltoro glacier almost all the way to K2 which was incredible. We’ve been really blessed with the weather. It’s been really amazing, big thermals, small fluffy clouds, never too big and no wind in the valley so it’s pretty safe to fly.”

The team loved 10 great flying days. The paragliders got to K2 on three occasions while on four they made Broad Peak and some they marked both on the same day.

Days normally start with an 800meter hike to launch. “It’s extremely hot,” Tom says. “You’re dressed to fly at 8,000m and you’re carrying so much gear.”

Moreover, the team was launched from there by inflating their wing above their heads and running down a steep slope; once in the air, it was really committing.

“It’s always a big challenge,” Tom added. “We have to fly 100km almost every day. You have to think, that’s 100km without any landing options. We were walking on the glacier the other day and it’s just a nightmare of big stones and rocks.”

Meanwhile, another paraglide Ramon said that he landed at the base camp of Broad Peak and it took him couple of days to hike back.

According to the sources, the team had been relaxing in Askole and picking up fresh food supplies after living on rice and chapattis for five days. As the regional floods have caused a huge damage to roads and bridges, people are facing supplies shortage.

The paragliders team said that they had a plan to make one last attempt on K2 and then move all the way back to Skardu to evade the challenging journey overland.

Ramon had already left for Spain and now the remaining two paraglide Tom and Horacio are planning to fly on.