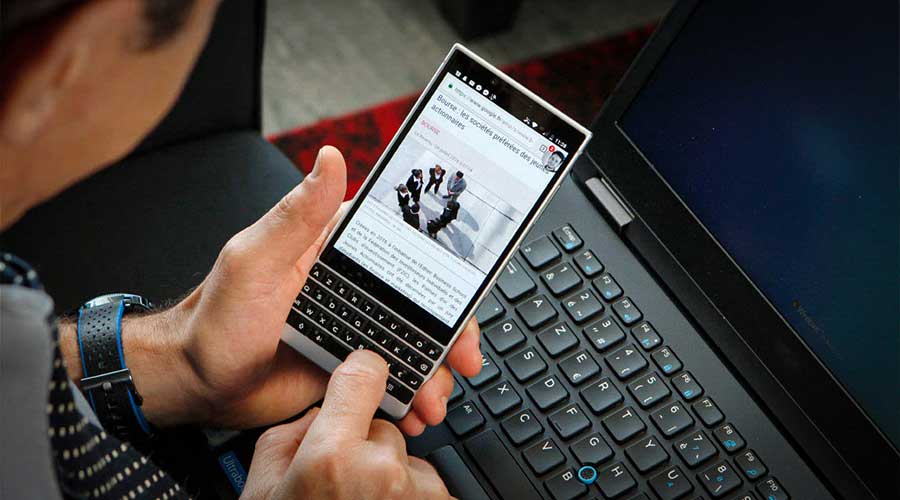 BlackBerry remained in the market but was fast becoming a bygone tech company and now it has bounced back with the latest 5G technology in its upcoming keyboard styled mobile phone.

The partnership between BlackBerry and TCL ended in February and it was observed the survival of the brand is in danger but later the company got linked with OnwardMobility and Foxconn subsidiary FIH Mobile Limited.

In a recent event, these three companies decided to release a 5G enabled Blackberry phone with a physical keyboard.

Currently, no more details have been shared by the representatives but through announcement, it was felt that the focus will be on more security and efficiency of the product.

The CEO of OnwardMobility Peter Franklin said in a statement “BlackBerry smartphones are known for protecting communications, privacy, and data. This is an incredible opportunity for OnwardMobility to bring next-generation 5G devices with physical keyboard to market with the backing of BlackBerry and FIH Mobile”.

The OnwardMobility is a new company that only came into limelight after partnering with BlackBerry. The company was on a stealth mode until the deal happened. The CEO of the OnwardMobility Peter Franklin before coming to this company founded a design and software development agency Infuse.us.

The design and manufacturing of the BlackBerry devices will be conducted by FIH Mobile Limited while OnwardMobility will be directing the product planning and market development.

Key2: the last mobile device release by BlackBerry was in 2018

The last time BlackBerry released its phone was 2 years ago in 2018 named a Key2. The device was a great piece of gadget for keyboard lovers but not comparable with the latest flagship devices and far from being perfect.

With the upcoming model, we will get a chance to see whether the next-generation 5G enabled BlackBerry physical keyboard phone becomes a success or another failure from the company.

In the first half of the year 2021, the company will launch its device in North America and European markets.