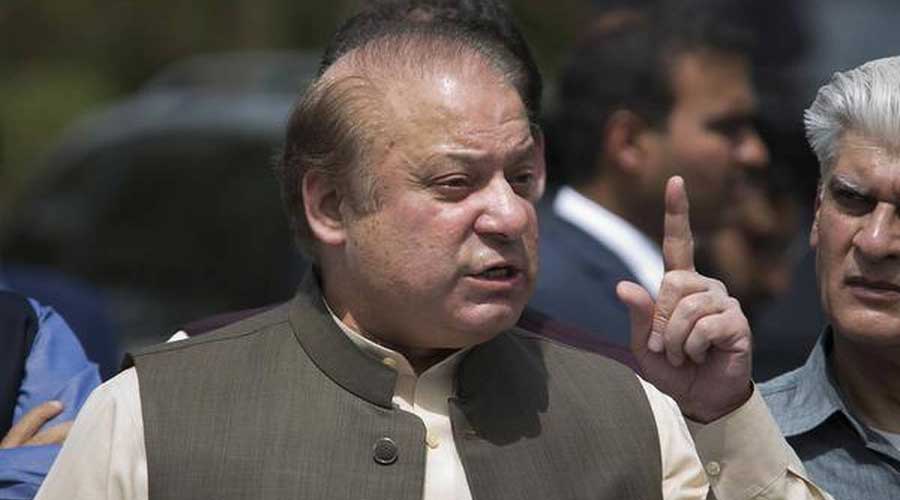 On Wednesday, the Islamabad High Court (IHC) lashed out Nawaz Sharif over his failure to appear before the court and for knowingly “defeating the system” and “laughing at it while sitting in London”. The court also lambasted the federal government over the former PM’s prolonged absence.

Justice Aamer Farooq and Justice Mohsin Akhtar Kayani, Additional Attorney General Tariq Mehmood Khokhar while appearing before the IHC bench, said, “The Foreign, Commonwealth and Development Office (FCDO) of the British government on September 24, 2020, informed [the government] that they have no mandate to execute the order of the Islamabad High Court.”

Justice Mohsin Akhtar Kayani of the Islamabad High Court (IHC) criticized the deposed premier who went abroad on medical grounds in 2019 with the consent of the government after getting bail in a reference, for failing to appear before the court.

“Accused Nawaz Sharif knows that he went abroad after defeating the system, he must be laughing at the system while sitting abroad and it’s shameful conduct by the accused,” the IHC judge said.

The member of the bench further remarked, “We are wasting time here for procuring his attendance when thousands of cases are pending.”

He observed that in the future the federal government should consider how to let someone go abroad and at how much cost, as at the moment the court, government, foreign office, and Pakistan High Commission in London were busy executing non-bailable warrants of arrest.

However, Jahanzeb Khan Bharwana the additional prosecutor general of National Accountability Bureau (NAB), and the additional attorney general were arguing at one point on section 87(proclamation for person absconding) of the Criminal Procedure Code and concealing of the accused that such a warrant could not be executed, Justice Aamer Farooq gave witty remark: “He [Nawaz] addressed the whole nation and we are still discussing if the accused is concealing himself.”

Justice Farooq then issued notice to the accused seeking his reply till October 7 when the court would resume the proceedings.