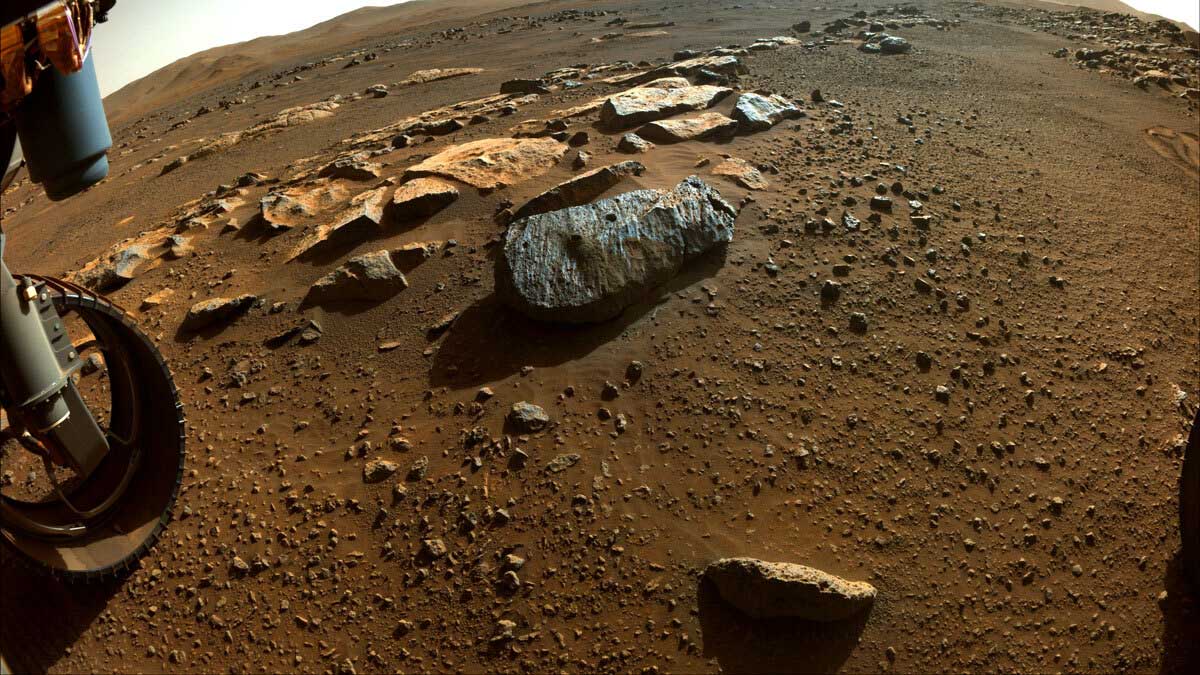 NASA started a new chapter in its space exploration history book with the safe landing of the Perseverance rover on Mars on February 18, 2021.

The first rock samples collected from Mars are already providing insights, as according to NASA researchers, the early analysis of the samples indicates water was present in Jezero Crater for a “long time” — think tens of thousands or millions of years. That, in turn, suggests Mars’ water was stable enough to make it relatively welcoming to microscopic life.

Perseverance acquired a drilled-out core of a Martian rock known as “Rochette” and sealed the sample in its allocated titanium tube, according to mission team members.

The achievement came just four days after the car-sized rover took its first-ever Martian sample, which was also taken from Rochette.

Perseverance landed on Mars’ Jezero Crater on February 18th, a 28-mile-wide (45-kilometer) crater. The six-wheeled robot’s main objectives include searching for indications of ancient Mars life and collecting and storing dozens of samples, which will be returned to Earth in a decade or so by a joint NASA-European Space Agency mission.

The rover also supported and photographed the first few flights of NASA’s technology-demonstrating Ingenuity helicopter, which went to Mars on Perseverance’s belly, early in its mission. Ingenuity is currently on a longer mission, scouting regions that might be of interest to the rover.

According to NASA officials, once Perseverance’s samples come here, experts in labs around the world will examine them for signs of life and clues about Mars’ temperature and geological past.