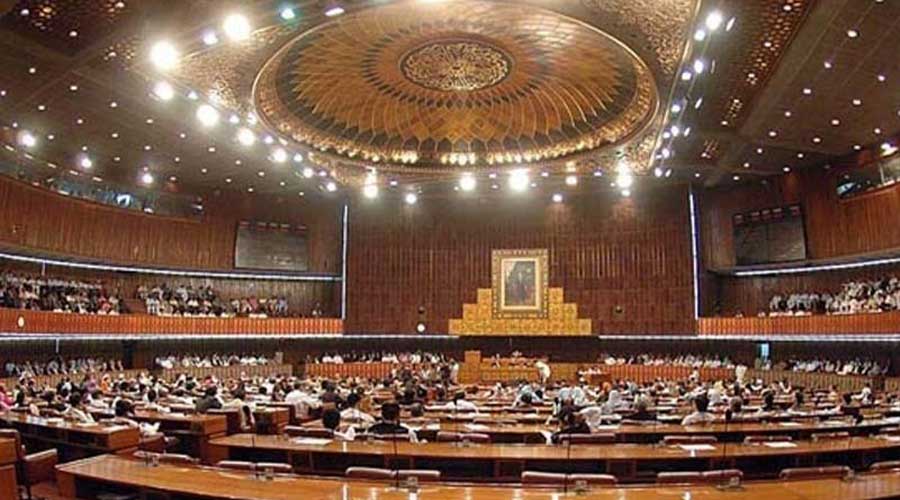 Both the houses of Parliament – Senate and NA passed unanimous resolutions condemning the republication of blasphemous caricatures of the Holy Prophet Muhammad (SAW) by Charlie Hebdo magazine in France.

The resolution was brought in by Foreign Minister Shah Mehmood Qureshi.

The resolution highlighted that these kinds of hateful attacks on the sacredness of the Last Prophet (PBUH) and all other messengers of Allah are hate speech.

The Senate also unanimously passed the resolution and condemned the republication of the caricature of the Holy Prophet Muhammad (PBUH) in France.

The resolution was tabled by the leader of the House Dr. Shahzad Waseem and expressed his feelings that such acts are a criminal offense and the French government is supporting the occurrence which further enhances disharmony, estrangement and divide between followers of different religions.

The love for our last Holy Prophet Muhammad (PBUH) is beyond any doubt and it is our belief that no Muslim can bear such unbearable acts.

The Senate directed the NA, provincial assemblies lawmakers and the international community to come up with one agenda and it needs to stop the repetition of these prohibited and blasphemous events in the future to safeguard peace along with interfaith synchronization.

While addressing in the House of Senate Minister of Foreign Affairs and Interfaith Harmony Noor-Ul-Haq Qadri stated that the resolution replicates the thoughts of Muslims. Furthermore, he said that the statement by French President Macron is negligent and felonious behavior.

In regards to this event, MoFA summoned the French Ambassador and conveyed deep concern over the blasphemous acts.

Prime Minister of Pakistan also wrote a letter to Facebook CEO Mark Zuckerberg and asked him to put a ban on Islamophobia material on the social media platform.