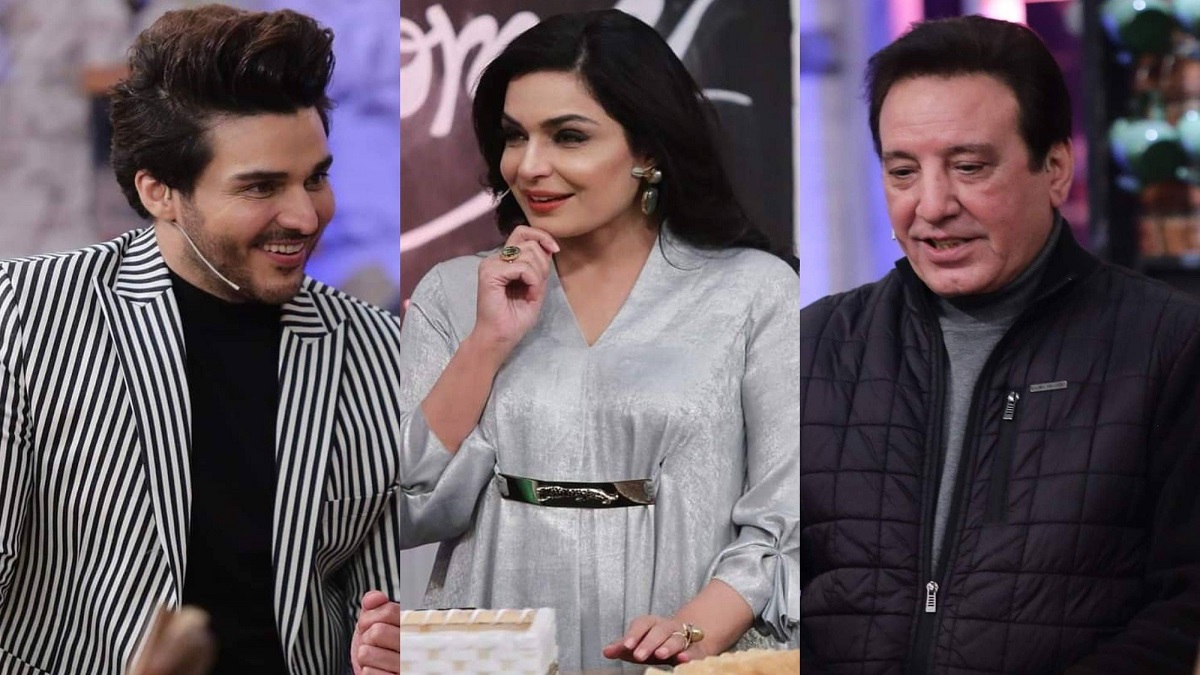 In a recent show “Time Out with Ahsan Khan”, some great personalities like Javed Sheikh was the guest who revealed many hidden things which were unknown to his fans. Some other things were also revealed like, how did some of the biggest names in the entertainment industry today start off their journeys? However, Meera Khan was one of the guests who, with her jolly nature revealed some facts about herself.

The evergreen Meera, who recently made headlines for allegedly being sent to a psychiatric facility in New York, which was basically a rumor that was rubbished later. She was asked if she had always wanted to be an actor, she replied, “I wanted to be an actor since birth and I was very good at my studies too. But an achiever, no. I failed sometimes and still do.” But in love, did she fail or achieve, inquired Khan to which she said, “I fell in love, very hard, but I don’t know if I have won or lost.”

The host, Ahsan Khan then further asked the Baaji star why the names of female actors are shortened or changed when male actors carry on with their actual names in the industry. “My real name is Irtaza Rubab. It was a big name so people felt Meera would be short and cute. I figured let’s keep it then,” she explained. “But who started calling you that?” inquired Khan. “Everybody,” Meera replied. “No, I think it was Jarrar Rizvi,” guessed Sheikh. “Yes, it was him,” Meera admitted.

She also revealed her favorite male actors in Pakistan, starting off with Shaan and Moammar Rana, “Saleem, Humayun Saeed are also my favourites.” She explained she hasn’t really worked with Fawad Khan so she can’t say but called Sheheryar Munawar a “nice, decent guy who’s also her favourite guy.”