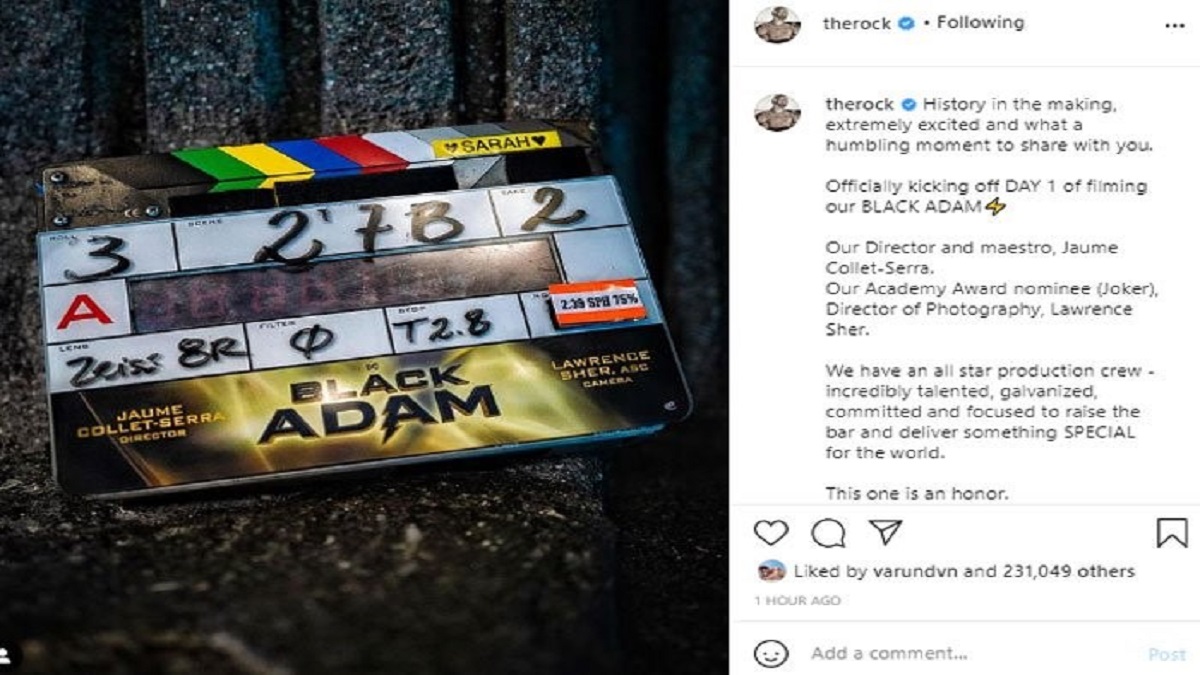 The highest Hollywood paid actor Dwayne Johnson also known by his ring name ‘The Rock’ has publicly announced the filming of the much awaited DC’s film BLACK ADAM.

Confirming the good news regarding shooting of the new movie on his Instagram account ‘The Rock’ said “History in the making, extremely excited and what a humbling moment to share with you. Officially kicking off DAY 1 of filming our BLACK ADAM”.

The highest paid actor further expressed that “We have an all-star production crew – incredibly talented, galvanized, committed and focused to raise the bar and deliver something SPECIAL for the world.”

“This one is an honor,” he concluded.

Black Adam is a fictitious character who appears in DC Comics’ American comic books. The character was created by Otto Binder and C. C. Beck and is one of Captain Marvel’s archenemies as well as the Marvel Family’s nemesis.