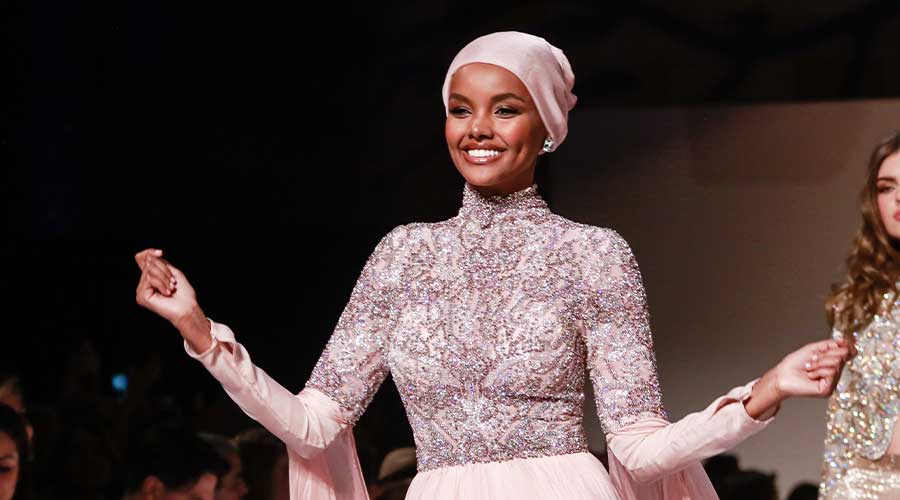 The 23-year-old, Halima Aden, the Somali-American model who shot to fame as the first woman competitor in the Miss Minnesota USA Pageant to wear a hijab and a burkini, posted a series of Instagram stories detailing the inner turmoil.

She shared a shot of herself from the campaign she did for Rihanna’s Fenty Beauty, in which she’s donning her black hijab, writing: “(Rihanna) let me wear the hijab I brought to set. This is the girl I’m returning to, the real Halima.”

Halima Aden blamed the system as a whole and the fact that she was “a minority within a minority”, adding: “What I do blame the industry for is the lack of Muslim women stylists.”

In an interview last year, Aden had spoken at length about feeling lost and what it meant to be the most high-profile modest model.

“Fellow Muslim sisters would send me DMs and even publicly tag me at the start of my career to say ‘stop dressing like an old woman’… which made me feel like I was doing something wrong … I remember wanting to be the ‘hot hijabi’ as if that didn’t just defeat the whole purpose,” she wrote. “A hot mess is what it was truthfully.”

“But… this isn’t even my style?? Never was. Why did I allow them to put jeans on my head when at the time I had only ever worn skirts and long dresses?”

Halima Aden further wrote, “I went back to my hotel room & just sobbed after this shoot because deep down I knew this wasn’t it. But was too scared to speak up. The truth is I was very UNCOMFORTABLE. This just ain’t me.”

She concluded that she would only model if her hijab is visible in a way that is deemed appropriate to her. “If my hijab can’t be this visible, I’m not showing up, period. This is the standard moving forward if you want to work with me. Come correct or don’t come at all.”