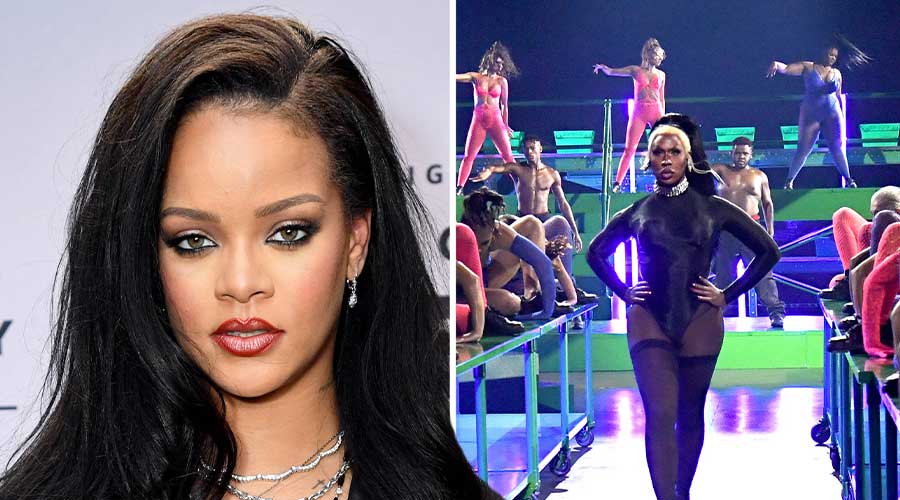 American singer Rihanna has been urged to apologize to all the Muslim community after playing a song with an Islamic Hadith as a soundtrack for her second edition of the lingerie show. A video emerged on the Internet, which saw models dancing around the stage in the Rihanna’s provoking Savage x Fenty lingerie which was shared on Amazon Prime last week.

However, despite the salacious designs and striking models grabbed attention, but on the other hand, the online broadcast has also sparked anger due to the choice of music.

The singer Rihanna’s fans left disappointed who chooses to use the song Doom by London based produced Coucou Chloe, which uses a narration of sacred Islamic texts.

In Islam, a hadith is a holy text which is been spoken and actions showed by the last Prophet Muhammad (PBUH) throughout his lifetime.

The Muslim community uses Hadiths along with the Quran, which is the word of God for direction in their lives. In the featured Hadith, it was related to the day of judgment and the return of Jesus.

Apart from Rihanna other celebrities included in the show were Bella Hadid, Miguel, Lizzo, Demi Moore and Cara Delevigne.

Muslims and non-Muslims took to Twitter and urge her to take away the song from Amazon Prime recording along with from other platforms and also demanded an apology for offending the Muslim community.

This was not the first time Rihanna used the Doom track featuring an Islamic Hadith, the Barbadian singer and businesswoman also used the soundtrack for her Fenty X Puma show back in 2017.

A person wrote on the Twitter related to this matter and said “As a Muslim I’m deeply offended this is beyond words… it’s shameful and pathetic. And all the non-Muslims defending the situation please learn to respect ALL RELIGIONS and perhaps find yourself some guts to speak on what’s wrong. @Rihanna.”

Another Twitter user splashing the frustration and wrote “If you guys don’t know much about Islam (that is completely fine) A Hadith is the words/advice that our Prophet Mohammad (SAV) spoke and gave to people to educate them. It is very disrespectful to use it in a video of people dancing and even more in a lingerie show.”

In addition to it another one stated that “’Um? What? So because it’s Rihanna we’re gonna ignore how she’s done it repeatedly? So because it’s Rihanna, we’re going to ignore that she CLEARLY knew how disrespectful this was?”
Furthermore, “’This woman dated a Muslim for years, you’re telling me she’s not aware? Please, shut up”.

Another one responded ‘’As a Muslim, no words can describe how disappointed I am with Rihanna for letting her models dance to Hadith. Hadith are the sacred words of our Prophet; you can’t just use it for your lingerie show. Disgusting and extremely disrespectful.”

Rihanna yet to respond to the hadith row; Coucou Chloe posted an apology on Twitter

After reactivating her Twitter account, she posted an apology for all.
“I want to deeply apologise for the offence caused by the vocal samples used in my song ‘Doom’. The song was created using samples from Baile Funk tracks I found online. At the time, I was not aware that these samples used text from an Islamic Hadith,” Chloe wrote.

Furthermore, “I take full responsibility for the fact I did not research these words properly and want to thank those of you who have taken the time to explain this to me. We have been in the process of having the song urgently removed from all streaming platforms.”

On the other hand, Rihanna and her company have not responded to the current situation reaction.