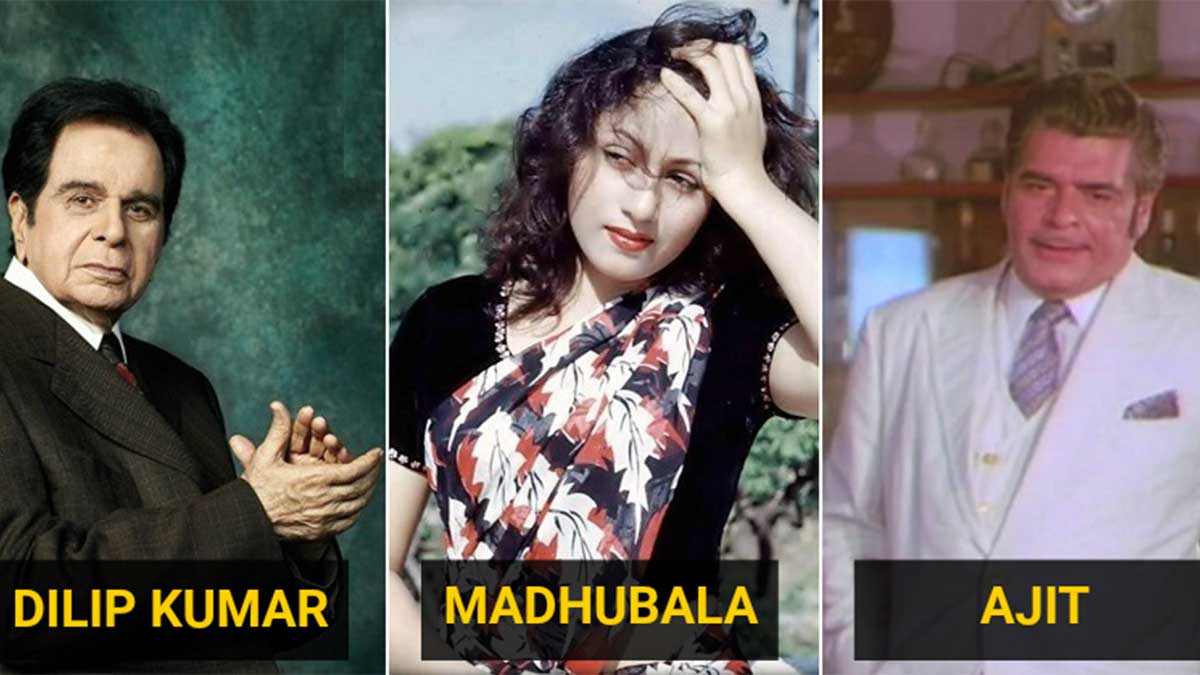 After the death of Dilip Kumar, many entertainment fans were surprised when they find out that the legendary actor’s actual name was Muhammad Yusuf Khan. However, he was not the only Muslim actor to change his name to gain maximum in the Bollywood industry, as there are many others who also changed their names.

Born in the Pashtun family in Khyber Pakhtunkhwa, Dilip Kumar was named as Muhammad Yusuf Khan. Upon requesting by Devika Rani, Yusuf changed his name to Dilip Kumar. After stepping into the film industry, Dilip Kumar performed in the Jwar Bhata which was the turning point for him in the industry.

Meena Kumari was known as the Tragedy Queen in the Bollywood industry. Meena Kumari’s actual name was Mahjabeen Bano, who was born in 1933. In 1939 director Vijay Bhatt changed her name to ‘Baby Meena’ when she was performing as a child actress, later the name was changed to Meena Kumari.

Madhubhala, another Pashtun performer who’s original name was Mumtaz Jehan Dehlavi was born in Swabi. Madhubala was labelled as “Venus of Indian cinema” due to actress beauty and personality.

Arjun is another Muslim Bollywood actor whose real name is Firoz Khan, is most known for portraying Arjun in BR Chopra’s television production of the Mahabharata, an ancient Indian epic. His popularity in the production, titled Mahabharat, caused him to change his name onscreen.

Shah Abbas Khan began his acting career as Sanjay in films such as Dosti, Haqeeqat, and Dus Lakh, after which he added the surname “Khan” to his screen name. In the 1960s, 1970s, and 1980s, Sanjay rose to prominence as an actor and director.

Zakaria Khan was born to a Pashtun household in Peshawar in 1915 and began his acting career with Lal Chitta (1935). Producer-director Vijay Bhatt renamed him Jayant and gave him a new name. He is also the father of Amjad Khan, a well-known actor.

Ajit Khan, originally Hamid Ali Khan, made his acting debut in the film Kurukshetra, in which he used his real name. During the filming of his film Bekasoor, however, his director K Amarnath gave him the nickname “Ajit.” Ajit was well-known in Bollywood for his wicked portrayals.