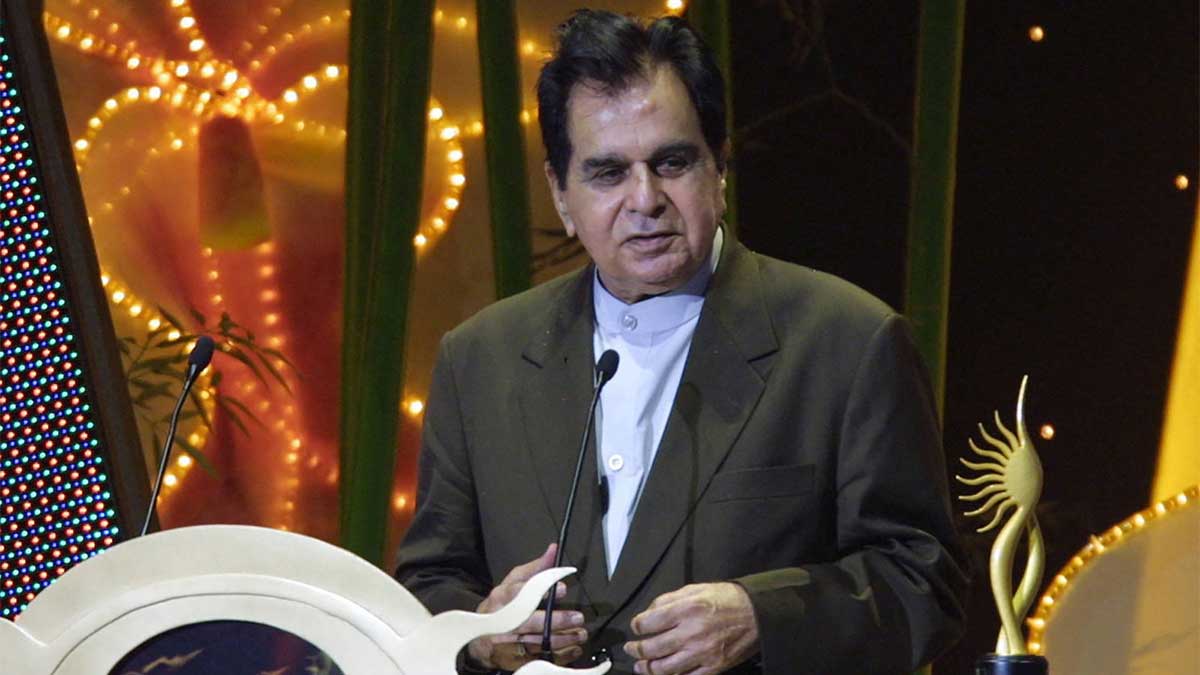 President of Pakistan Dr Arif Alvi, Prime Minister Imran Khan, politicians, film stars, sports personalities mourned and paid rich tribute to Dilip Kumar, the legendary actor of the Indian subcontinent, who passed away on Wednesday morning in Mumbai at the age of 98.

Faisal Farooqui, a family friend, posted on Kumar’s official Twitter to announce his death, “With a heavy heart and profound grief, I announce the passing away of our beloved Dilip saab,”

Kumar had been admitted to the intensive care unit on 30th June to “address medical issues” related to old age. He was earlier admitted to the same hospital on 6th June after experiencing breathlessness.

Sorry to see Dilip Kumar (Yusuf Khan) depart from his worldly abode. An outstanding actor, a humble man, and a dignified personality. Condolences to the immediate family and his huge family of admirers. May his soul rest in peace. اِنَّا لِلّٰہِ وَاِنَّآ اِلَیْہِ رَاجِعُوْنَ

Dilip Kumar, whose real name was Yusuf Khan, won millions of hearts with his stellar acting in some of the Bollywood’s most iconic and landmark movies including Mughal-e-Azam, Devdas, Naya Daur, Ram Aur Shyam, Azad, Aaan, Andaz, Deedar, Daagh, and Ganga Jamuna.

Saddened to learn of Dilip Kumar's passing. I can never forget his generosity in giving his time to help raise funds for SKMTH when project launched. This is the most difficult time – to raise first 10% of the funds & his appearance in Pak & London helped raise huge amounts.

Kumar was one of the three main stars who dominated the golden age of Indian cinema from the 1940s to the 1960s, with a career spanning more than 50 years and approximately 60 films, with Dev Anand and Raj Kapoor.

He was dubbed “The Tragedy King” for his gloomy good features, tangled hair, and deep voice, and he starred in some of the most commercially successful Indian films of the time.

He missed out on international recognition, though, after notably declining the role of Sherif Ali in David Lean’s 1962 classic “Lawrence of Arabia.” Omar Sharif, a relatively unknown Egyptian actor at the time, was cast in the role.

On December 11, 1922, Mohammed Yusuf Khan was born in Peshawar, Pakistan, which was then part of British-ruled India. In the 1930s, his father, a fruit merchant, moved his family to India’s entertainment system.

When actress Devika Rani discovered him on his father’s fruit booth in then-Bombay, he turned down the chance to take over the family business, leading to a role in his debut film, “Jwar Bhata,” in 1944.

Despite the fact that “Jwar Bhata” flopped and top film journals panned Kumar’s performance, he persisted and broke through with the 1946 movie “Milan.”

In the sumptuous historical romance “Mughal-e-Azam,” based on the life of one of India’s great Mughal princes, he played one of his most memorable parts.

The film spent eight years in the production and cost a staggering 15 million rupees when it was released in 1960, but it quickly became one of Bollywood’s highest-grossing pictures of all time.

Kumar, who listed Marlon Brando, Gary Cooper, and Spencer Tracy as influences, went on to win an Academy Award for his nationalistic film “Leader,” which was released in 1964 against the backdrop of previous hostilities between China and Pakistan.

In the 1970s, fewer roles were available as younger stars such as Amitabh Bachchan took the stage.

After a succession of flops, he took a five-year vacation before returning in 1981 with the smash “Kranti” (Revolution) and a role alongside Bachchan in “Shakti” the following year, as well as a string of minor roles.

Moreover, in 2006 he accepted a lifetime achievement award at India’s National Film Awards in recognition of his contribution to Indian cinema.

He told The Hindustan Times in an interview to mark his 85th birthday, “Honestly, I’ve still to figure out how an intensely shy young man called Yusuf Khan became the actor Dilip Kumar,”

Following a string of critically panned films, Kumar became increasingly involved in politics in 1998, working to end the India-Pakistan conflict.

Kumar’s and other actors’ family homes in Peshawar have been neglected for decades, but efforts are being made to rehabilitate them as the city emerges from years of insurgency.

Unlike many actors who have appeared in hundreds of films, Kumar has carefully chosen roles that have only served to elevate his status in the highly competitive Indian film industry.

Despite this, he confessed that he was perplexed by his accomplishment.