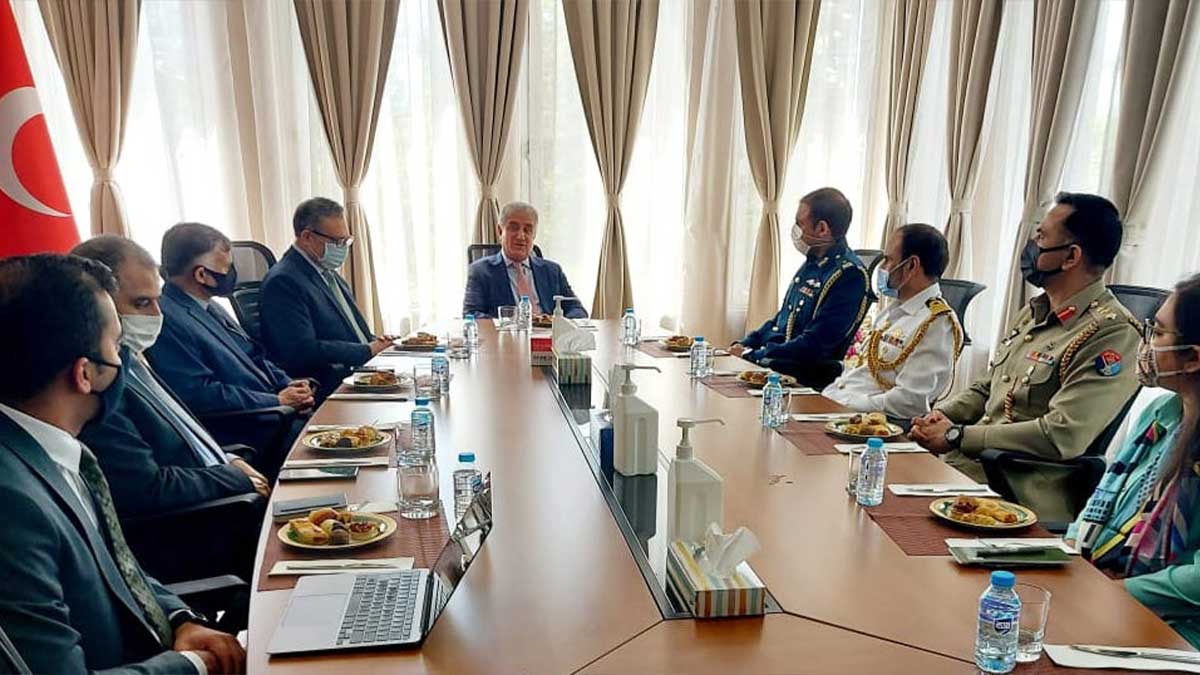 “The Foreign Minister is visiting Turkey to exchange views on the worsening situation in the Israeli Occupied Palestinian Territories,” a statement issued by the Foreign Office said on Tuesday.

On the special instructions of Prime Minister Imran Khan, Foreign Minister Shah Mahmood Qureshi left on Monday for Turkey on an intensive diplomatic mission to attract worldwide attention to the rapidly deteriorating circumstances in Palestine.

In addition, Pakistan’s foreign minister will speak during an emergency session of the United Nations General Assembly (UNGA) to reiterate Pakistan’s solidarity for persecuted Palestinians.

Foreign Minister Qureshi will hold significant meetings with several prominent figures during his stay in New York, according to a press statement.

He will also speak to local and foreign media about Pakistan’s position on the Palestinian issue.

Pakistan has been pleading with the international community to intervene to stop the suffering of Palestine. Hundreds of Palestinians have been killed in Israeli strikes over the last two weeks, and Western governments have done nothing to denounce the atrocities.

The United Nations General Assembly will convene urgently later this week to consider the “severe worsening” of the situation in the Occupied Palestinian Territory, which includes East Jerusalem, according to a representative for the 193-member body’s president.

The session on Thursday, May 20, is in response to a request by the chairmen of the OIC Group and the Arab Group at the UN in a joint letter to Assembly president Volkan Bozkir of Turkey, according to spokesman Brenden Varma.

In response to concerns, the spokeswoman stated that the plenary gathering will discuss the Middle East crisis, but that no resolution has been submitted thus far.

The meetings come after the failure of UN Security Council to halt the ongoing tension between Israel and Hamas who holds Gaza.

The UN Security Council conducted three meetings regarding this matter however with the US backing Israel the meetings went without any conclusion.