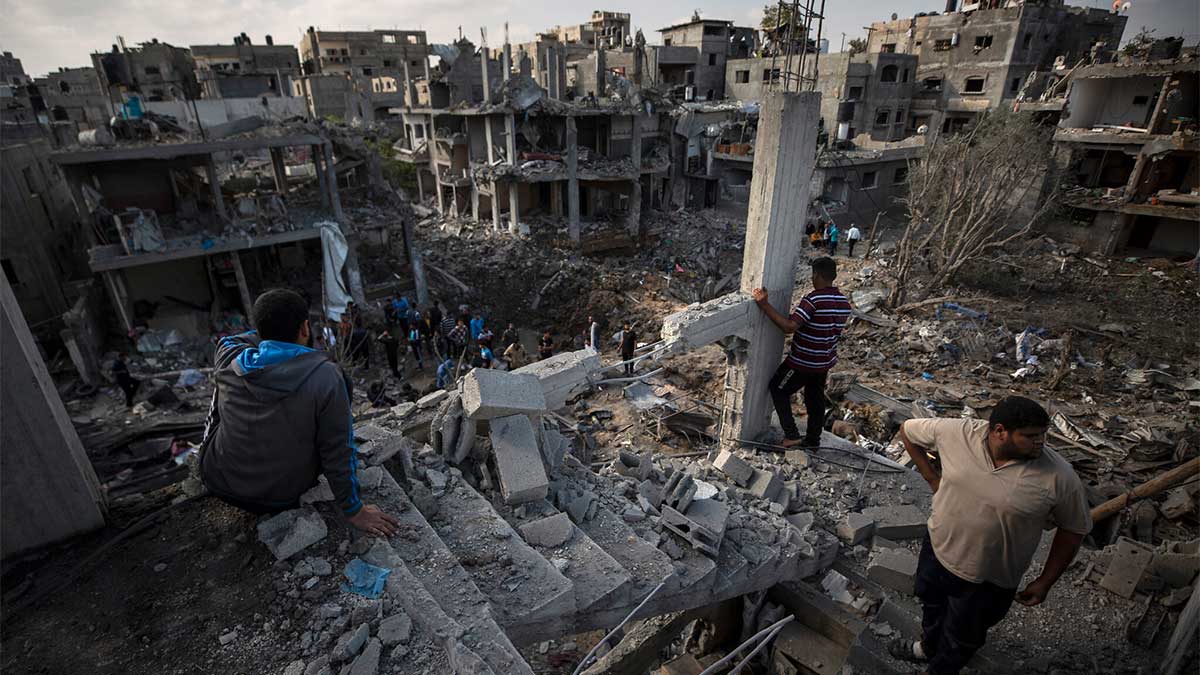 The Palestinian Ministry of Health announced on Monday that the death toll from Israeli airstrikes on Gaza has grown to 212, 61 children and 36 women, and that the total number of injured in the city has grown to 1,305. Ten people have been killed in Israel, including two children.

As rescue workers continue to hunt for victims trapped underneath the wreckage of demolished buildings, the figure is expected to grow.

According to international news agencies, Israel launched at least 70 air attacks on the Gaza Strip overnight on Monday.

Fire and smoke could be seen billowing over buildings in the blockaded city in images and videos shared on social media.

Despite pleas from international organizations and world leaders for a truce, unrest in Gaza and the West Bank has reached its second week.

However, Israeli Prime Minister Benjamin Netanyahu stated during a televised statement following a security cabinet meeting on Sunday that his country’s campaign in Gaza was continuing “at full force,” and that deterrence was needed to avoid future bloodshed with Hamas.

“We are acting right now, for as long as it takes, to bring you, Israel’s citizens, peace and tranquilly. He stated, “It will take time.”

Muslim countries called on Israel to stop violating Palestinian rights, denouncing bombs in Gaza and the West Bank, as well as the expulsion of Palestinians from their homes in East Jerusalem.

During a virtual conference for the Organization of Islamic Cooperation on Sunday, Saudi Arabia’s Minister of Foreign Affairs Prince Faisal bin Farhan declared, “The Kingdom firmly rejects Israeli transgressions against Palestinians… and urges for an immediate end to the Israeli escalation.”

Pro-Palestinian demonstrators organised rallies around the world, protesting Israeli attacks on Gaza and the West Bank and calling for international intervention to put an end to the brutality against Palestinian civilians.

“This is yet another heinous activity during Ramadan, following increased sanctions on Palestinians’ fundamental freedoms and attacks inside and outside the Al-Aqsa Mosque,” the FO spokesperson said in a statement.

According to him, Israel’s unlawfully use of force against weak and vulnerable Palestinians, resulting in deaths and injuries, violates all humanitarian norms and human rights rules.

Pakistan also urged the international community to end the indiscriminate use of force and serious violations of Palestinian people’s human rights.