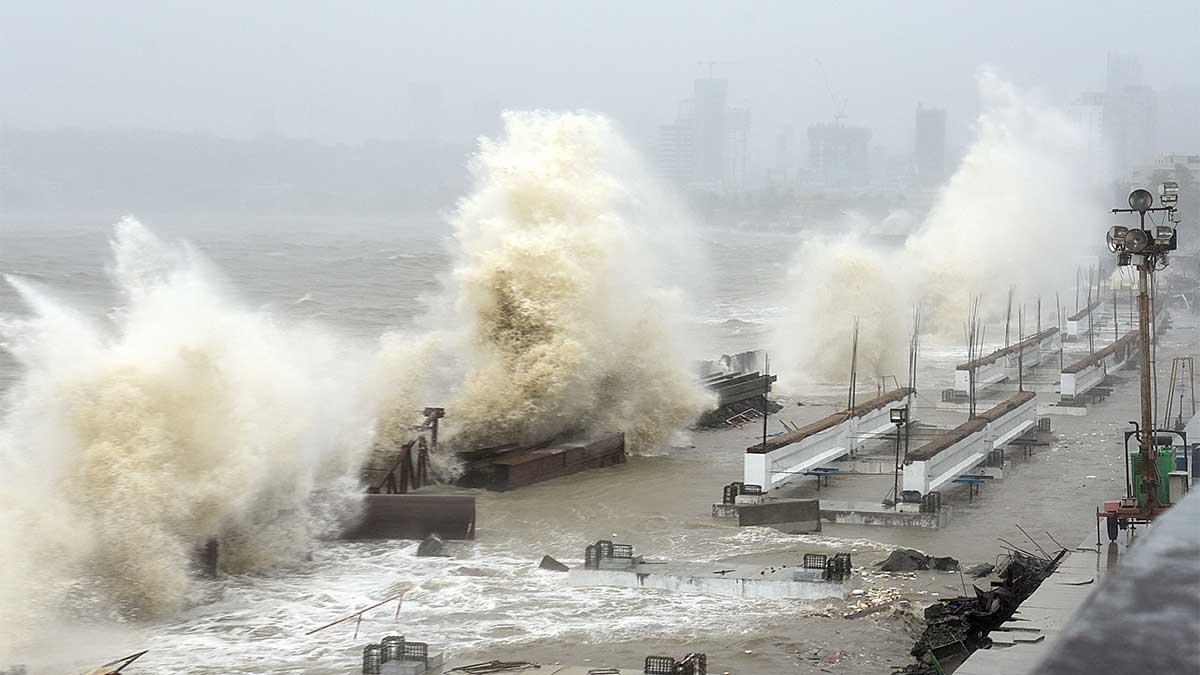 The gigantic spinning system known as Cyclone Tauktae is the latest in a series of more violent storms in the Arabian Sea as climate change warms its waters, according to experts.

On Tuesday, a monster storm smashed into India, killing at least 27 people and leaving almost 100 missing, exacerbating the country’s troubles as it set a new record for coronavirus deaths in 24 hours.

After the hurricane slammed the Gujarat coast in western India on Monday evening, hundreds of thousands of people were left without power, leaving a trail of death and destruction in its wake.

Winds of up to 130 km/h shattered beachfront windows and knocked down power lines and thousands of trees, preventing access to the affected districts, according to officials.

“It was pitch black since the power had gone out, and the wind was howling. It was terrifying.” The Indian Navy announced on Tuesday that a support vessel supplying oil rigs that was sunk by eight-metre waves near Mumbai sank, leaving 96 of the 273 personnel on board missing.

177 people were rescued, according to the defence ministry, with warships trying to save the rest of the crew in “very tough sea circumstances.”

Navy helicopters, on the other hand, were able to rescue all 137 passengers trapped aboard another barge that had also lost its anchor and had run aground. A second barge and an oil rig were also stranded.

Despite the fact that Cyclone Tauktae was one of the most powerful in decades, better forecasting than in prior disasters resulted in 200,000 people being evacuated from their houses.

“The last three days of planning have paid off. Vijay Rupani, Gujarat’s state chief minister, claimed, “We have managed to minimize human casualties.”

As the storm moved inland, it weakened slightly but continued to dump heavy rainfall and gale-force gusts.