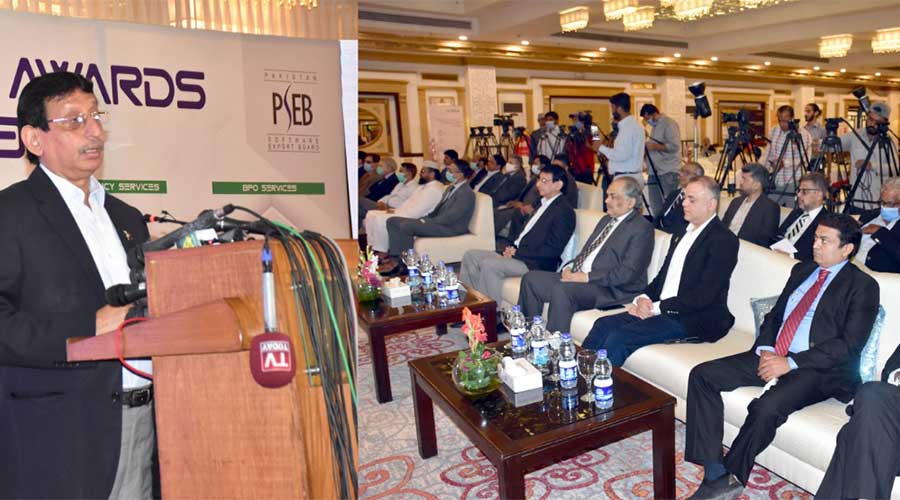 Federal Minister Syed Aminul Haque for Information Technology and Telecommunication (MoIT) has set a target of $5 billion in IT export remittance by the financial year 2023. The Minister has also guaranteed to provide all essential needs in order to accomplish the desired target.

The minister also revealed that a record $1.231 billion has been received in IT and ITeS export remittances at a growth rate of 24% in FY20 as compared to FY19.

According to the IT and Telecom Ministry, Pakistan is rapidly growing in the IT sector and relevant authority is constantly taking measures to facilitate the industry. He also revealed that Pakistan in IT touched a significant milestone in its journey and in a strong position to become one of the leading markets in software and outsourcing services market.

Pakistan Software Export Board organized (PSEB) organized an event of IT Export Awards 2019 in which the Federal Minister of IT and Telecommunication and PSEB management were also present. While addressing Syed Amin said that the part of IT and Telecom is developing and booster for Pakistan’s economy. The government of Pakistan is intensely working closely with all the relevant sectors in order to implement all the policies and guidelines to fetch effective output and strengthen both export and domestic technology adoption.

“IT industry is growing at a phenomenal rate, earning valuable foreign exchange for the country, creating high paying jobs, improving the nation’s productivity and quality of life in general through innovative technology solutions,” Syed Amin said.

Federal Minister also focused on professional training of skilled youngsters on modern technology and to make them creative enough to be productive for the economy.

He also expressed that the industry could be the largest in the country due to a constant surge in IT exports. Despite the COVID-19, still, IT exports saw a record increase.

Talking about IT park, Syed Aminul Haque said that work is in progress on IT park in Islamabad and will be inaugurated at the end of the year. Another IT park in Gilgit and Karachi is also underway and will be initiated very soon.

He further said, “My doors are open for viable suggestions for improving IT Industry growth,”. At the end, Minister congratulated the export award winners and appreciated their efforts towards enhancing earning in Pakistan.