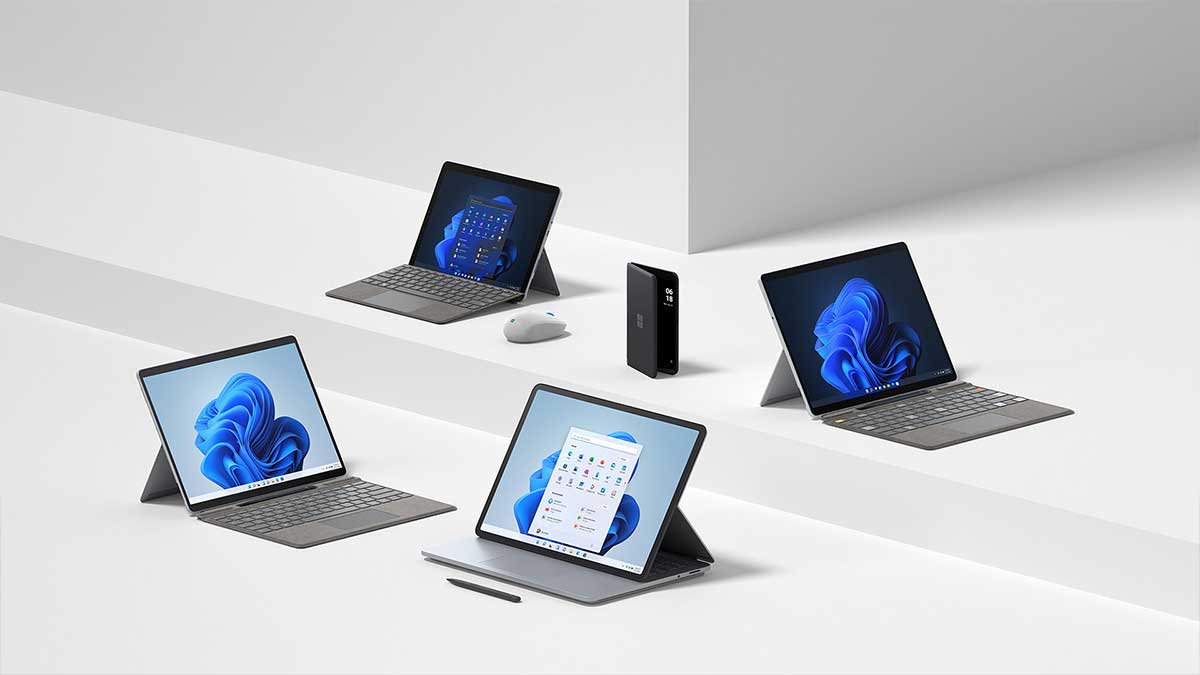 Microsoft showed off its updated and expanded line of Surface devices this week, positioning the new Surface Laptop Studio as its flagship Windows 11 laptop.

Surface Laptop Studio is the latest addition in the Microsoft family, which is a successor of the powerful laptop series Surface Book line. It features a complete redesign of Microsoft’s flagship laptop, including the elimination of the removable display in favour of a display that slides forward to transition from laptop to tablet mode.

Microsoft’s vice president of devices, Pete Kyriacou, states, “Surface Laptop Studio is the most powerful Surface we’ve ever produced.” “It is the culmination of years of Surface innovation – on hinges, display, silicon, and more – and brings the best of the Surface history together in one powerhouse device,” says Microsoft.

The display and hinge are the most noticeable and instant changes to this Surface Book successor. Up to 120Hz and Dolby Vision are supported by the 14.4-inch PixelSense Flow display (2400 x 1600). The laptop has a novel flexible Dynamic Woven Hinge, which Microsoft claims is durable and allows it to move between modes similarly to the bigger Surface Studio. There are three modes available on the Surface Laptop Studio: laptop, stage, and studio.

The laptop mode sets up the display to look like a real laptop, complete with a full keyboard and a new haptic touchpad. Things become interesting in stage mode, where you can bring the display forward at an angle that’s ideal for gaming, streaming, or presenting. This will cover the keyboard, and the angle is better for watching Netflix or playing games, touching the screen, or digital inking with the new Surface Slim Pen 2.

Studio is Microsoft’s final mode, and it’s ideal for writing, sketching, and anything else creative, as the name implies. The Surface Laptop Studio isn’t exactly light, weighing in at nearly four pounds and measuring 0.7 inches thick, so Microsoft is cautious about labelling this “tablet mode.”

Unlike the Surface Book, Microsoft has shifted the majority of the Surface Laptop Studio’s components to the base. That will help with the laptop’s durability, but it will also mean that any possible heat will be vented into your lap. The Surface Slim Pen 2, which is unexpectedly sold separately, is likewise neatly tucked in the base.

The starting price for Microsoft Surface Laptop is $1,599.99.