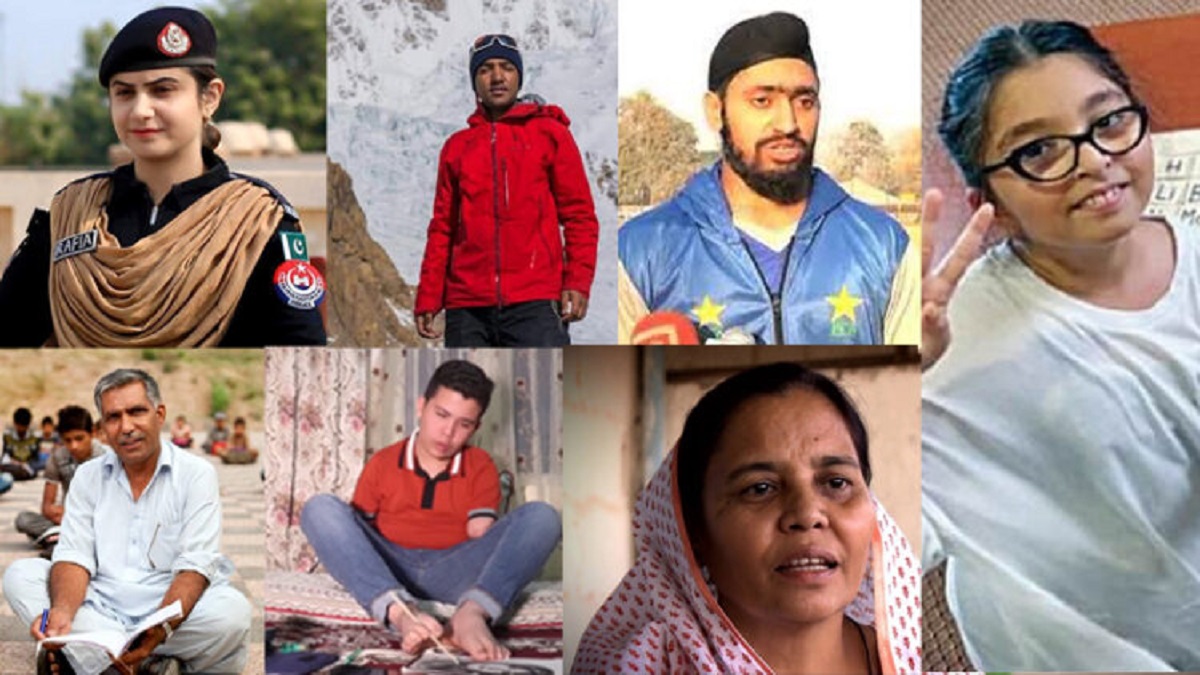 The government of Pakistan has acknowledged the efforts of 7 national heroes in bringing immense pride to the country during Pakistan Day parade.

During the Pakistan Day Parade on Thursday, the country recognized the struggles of national heroes. Pakistan’s military parade, which features contingents of the three armed forces, was postponed due to inclement weather on March 23. However, those national heroes are;

He is the son of the famous mountaineer, Ali Sadpara. Sajid Sadpara was another name celebrated and recognized for his passion and contribution in bringing a good name to the country.

In summer 2019, Sajid became the youngest person to summit K2.

She was the first one to receive the acknowledgment, the Karachi’s Parveen Saeed who runs Khana Ghar. Her efforts of providing the facility aim to feed hundreds of people belonging to the underprivileged segments of society.

According to Khana Ghar’s official website, Saeed’s Khana Ghar provides meals to poor families at unbelievably low prices. “Around 300 people eat at Khana Ghar in Khuda Ki Basti daily, and the cost of the operation comes to about Rs4,000 a day,”

She is only 9 years old, Natalya Najam is the fastest and youngest in the world to arrange the chemical elements of the periodic table in the shortest possible time and broke the record of an Indian professor. She is also a Lahore-based science enthusiast, broke the previous record by seven seconds.

This 24-year-old Sikh bowler Mahendra Singh is the first Pakistani bowler to represent the Sikhs at the Pakistan Super League (PSL) and represented Peshawar Zalmi. He is a right-handed bowler, comes from Larkana, He belongs to the tiny 20,000 strong Sikh communities in Pakistan.

He is a young talent to receive acknowledgement at Pakistan’s military parade, who lost both hands in an electric shock, but he never gave up his skill for painting. Ali, with exemplary courage, paints with his feet.

Master Ayub is a firefighter by profession, but now he educates many children as he can who are burdened by poverty and lack of resources. He also provides free education to children living in the slums of Islamabad.