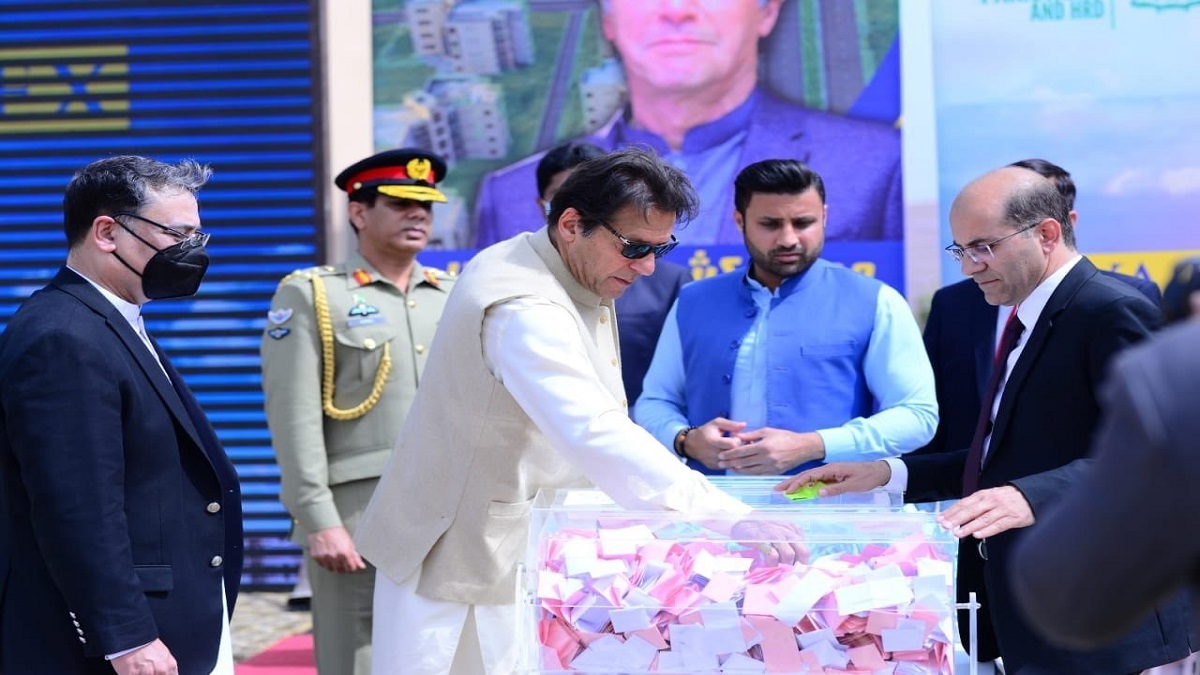 In order to uplift the weaker segments of society, Prime Minister has allotted 1,008 flats and 500 houses for poor workers and widows on low cost mortgage housing scheme.

The prime minister performed the low cost mortgage housing scheme balloting at the site of affordable residences constructed in the suburbs of Islamabad under the Naya Pakistan Housing Project (NPHP) carried out by the Workers Welfare Fund and Overseas Pakistanis and Human Resource Development.

While speaking on the occasion, he said that the project was in line with the aim to facilitate the lower class that faced hardships for owning a house and especially in urban areas. “Naya Pakistan is, in fact, a vision of empowering weaker segments of the society through economic emancipation and provision of basic necessities of life,” he said.

PM further said that the paid rent would be converted into installments of the total cost of the house or flat. While 0.3 million of subsidy would be given by the government on each house, in addition to ensuring that the markup rate does not exceed by five percent.

“All private banks put aside this amount which the SBP (State Bank of Pakistan) is monitoring. The government is giving a subsidy of Rs300,000 for up to 100,000 houses. For example, if a house is worth Rs2.1 million and you get a subsidy of Rs300,000 on that, it [costs] Rs18m. This means the instalments to be paid monthly are further reduced,”

He elaborated, “This makes it easier for the common man. What he pays in rent can [now] be paid in instalments and he gets to own the house as well,”

Moreover, he assured to allot more funds for the housing program with the increase in the revenue of the government. It will enable working and salaried class to build their houses. The PM further said that due to the present government’s given incentive, the boom in the construction industry will not only lead to wealth creation rather will also provide job opportunities to the youth.

Imran Khan acknowledged that without the support of banks, the project could not be accomplished. “The passage of new foreclosure law for banks took two years to get approval by the courts,” he added.