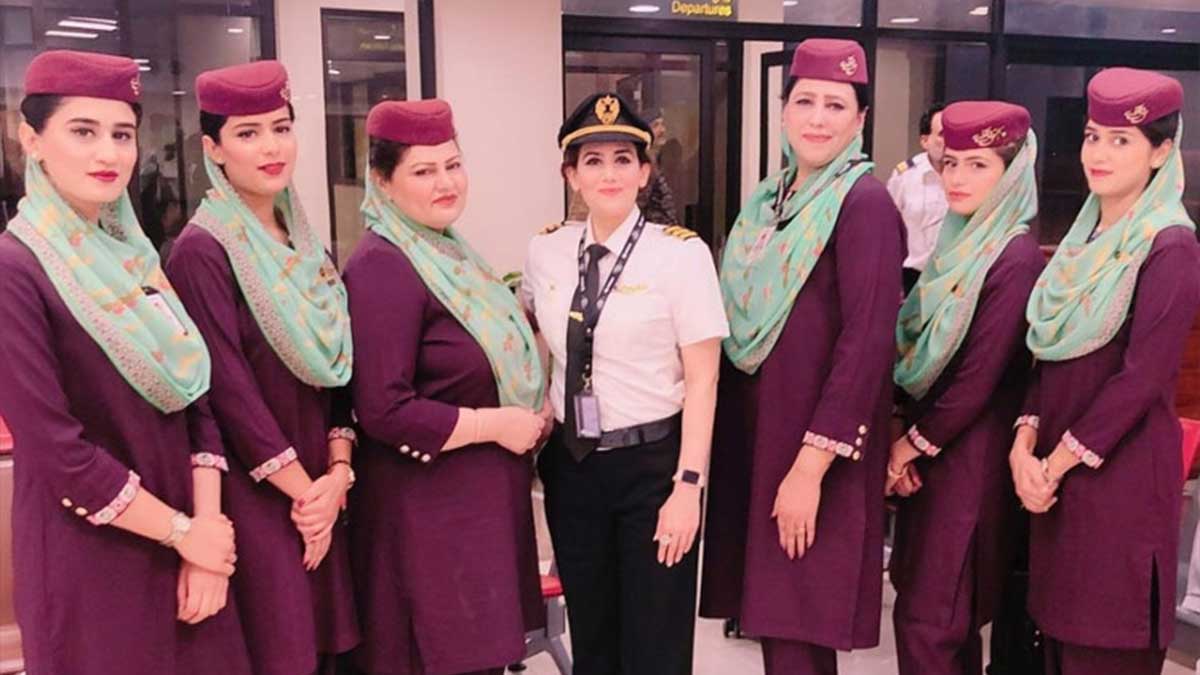 Maryam Mujtaba is the first woman from Azad Jammu Kashmir (AJK) to become a pilot and she is now a part of the aviation industry.

Her success has been making noise all over the social media platforms as she shared that it was her dream to become the part of aviation industry, also she was interested in flying planes.

AJK President Sardar Masood Khan has also acknowledged her stellar contributions to the industry, he called her an inspiration for young women.

Moreover, Mujtaba joined Pakistan International Airlines (PIA) back in 2011 as a cadet pilot. Later, took training from academies in Rawalpindi and America, she completed her flying hours through various domestic flights.

Now, she got promotion as a first officer by the national flag carrier after she completed her required flying hours. Currently, she operates the PIA Airbus A-320 aircraft in various countries of the world.

Maryam recalled her journey as she said that her inspiration was captain Ayesha Rabia, who was also a captain in PIA. ”When I was a child, I was very excited to see a woman flying planes and I told my father that girls can fly planes too,” the pilot remembered, adding that it wasn’t always smooth sailing, but things turned out in her favour.

The AJK President lauded her success in the aviation field that had made the Kashmiris on both sides of the divide proud. “You have inspired and encouraged a number of women in the liberated territory to consider aviation as a career.”

The president expressed hope that the booming aerospace industry would continue to absorb more and more people globally, once the Covid-19 pandemic was over.

“The females have more chances to get jobs in a highly dynamic and fast-paced industry,” the president said. He also wished her good luck congratulated Ms Mujtaba’s sister and spouse for encouraging her to choose the career of her choice.