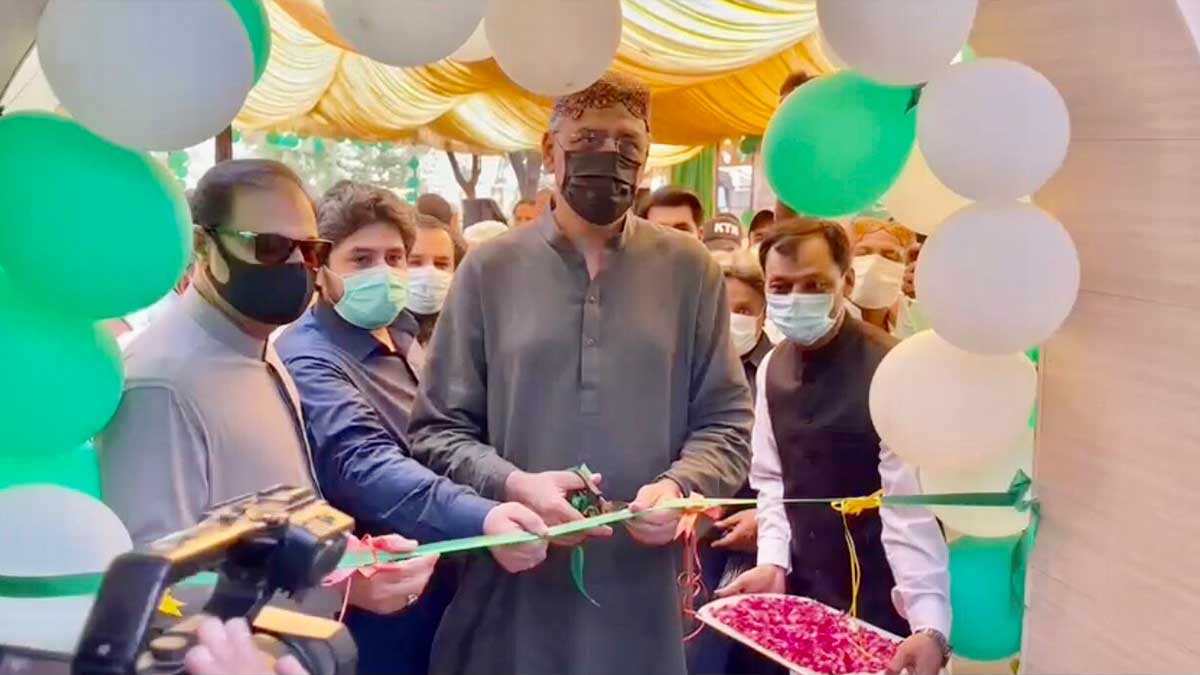 On Monday, Federal Minister for Planning, Development and Special Initiatives Asad Umar inaugurated development projects for several Sindh districts. He announced it by tweeting and said that the Prime Minister Imran Khan had vowed to start work on the package within a month. Today the promise is being fulfilled.

Moreover, later on while speaking to the media at Sukkur airport, the federal minister also pointed out on the alleged attack on expelled former prime minister Mian Nawaz Sharif in London. He said if that former PM felt insecure in London, he should return home. “The government of Pakistan will keep him in a safe place with good care,” he said, adding “there is no place safer than jail in Pakistan”.

“However,” he said, “We have no information about Mian Mohammad Nawaz Sharif being attacked in London … if it’s true, he should immediately return to Pakistan”.

Furthermore, he spoke to the media after he inaugurated the many Sindh projects including the 4G internet service project at Al-Hamd House in Jacobabad. Asad Umer criticized Pakistan Peoples Party (PPP) for doing nothing for the people of Sindh over the past 50 years.

He then revealed about three federal schemes, i.e., Shaikh Ayaz University, Gambat Medical Institute and Sukkur IBA. These projects were to be initiated but all such events were cancelled due to governmental pressure of Sindh.